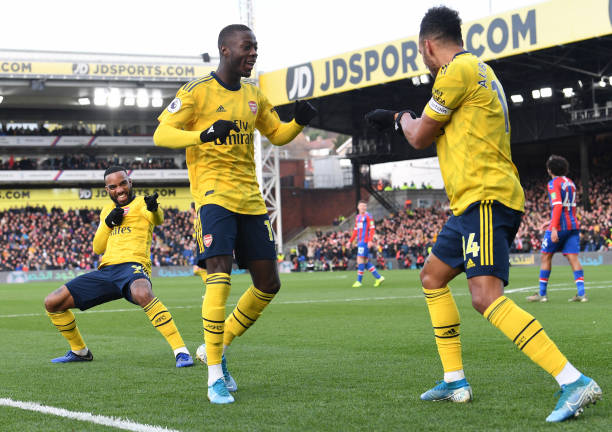 Arsenal will take on Manchester City on Saturday night with the hope of progressing to the Emirates FA Cup final and it’s going to be an interesting game because these two sides met just a month ago. We take a look at the Arsenal predicted lineup with all eyes on Pierre-Emerick Aubameyang, Nicolas Pepe and Alexandre Lacazette.

Arsenal has in the past always had a tradition of playing their second choice goalkeepers in cup competitions but Arteta has shown that he might not do that and, so Emiliano Martinez will definitely start ahead of Macey in today’s game.

Cedric Soares will not be involved in the game against Manchester City today as revealed in the team news due to being cup tied and so Hector Bellerin will be in the right wingback position while Bukayo Saka plays on the left.

Dani Ceballos and Granit Xhaka are great in linking up attack and defence because they are good on the ball, and so they will definitely be used together to try to play through the press of the Manchester City game.

Arsenal head coach Mikel Arteta has spoken out how progressing to the final is very important and so he will definitely go full attack with their attacking three consisting of Aubameyang, Lacazette and Pepe.