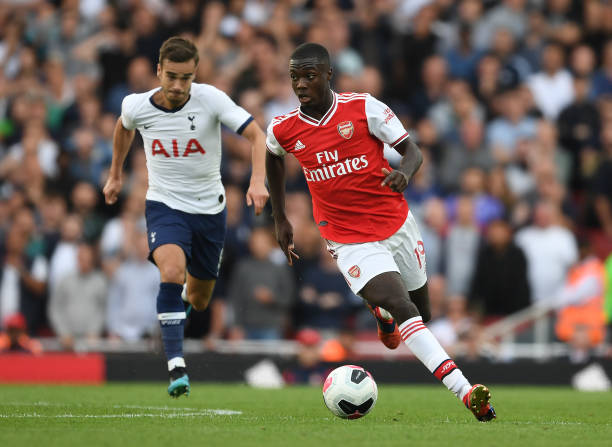 Arsenal take on Spurs today at 15:00 GMT in the fierce North London derby. Both sides are having somewhat a poor season and will be battling for places in Europe’s second tier competition the Europa League.

Besides that it’s pride and bragging rights that will be at stake today.

Predicted lineup to take on Spurs

Mikel Arteta will be without Pablo Mari, Gabriel Martinelli, Chambers and Bernd Leno while Mesut Ozil is subject to a late fitness test.

Striker Eddie Nketiah is suspended after being sent of against Leicester while Matteo Guendouzi is unlikely to feature due to disciplinary issues.

Nicolas Pepe should return to the starting lineup with Lacazette set to be benched after a frustrating performance against Leicester.

Both sides have had a lacklustre season and the winner of the tie will get to finish ahead of the other.

Spurs have looked poor of late while Arsenal appear to have found stability with their new 3-4-3 formation.

Both sides will be looking to win the match with Arsenal hoping to get their first away win against a top 6 side since 2015, but the two sides might have to settle for a draw once again this season.