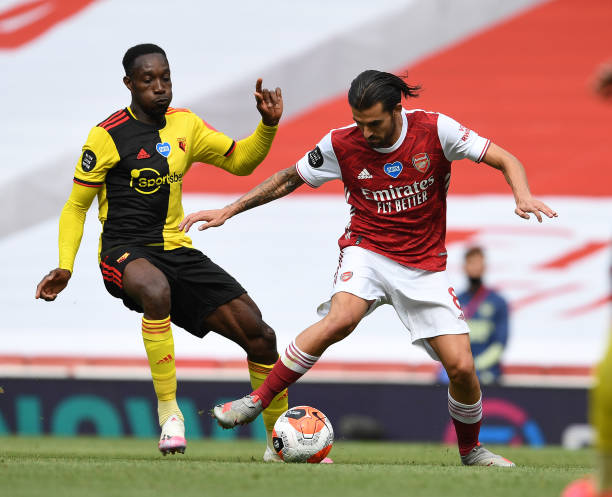 Arsenal signed Dani Ceballos on a loan deal from Real Madrid in last year’s summer transfer window and even though he had a slow start, he has however proved Mikel Arteta that he fits well in his style with his performances in the last few weeks. The gunners are understood to be with the hope of keeping Ceballos.

Dani Ceballos wasn’t in Mikel Arteta’s plans when the Spanish boss had just been appointed but the on loan Real Madrid midfielder worked hard in training until he became a regular in the starting eleven of the gunners as the fans have now started calling onto to the club to permanently sign him since he wouldn’t take time to adapt like a new player would.

It now looks like the wish of the Arsenal fans might become true as a report by Spanish outlet AS ( as revealed by Sports Witness ) claims that Dani Ceballos could stay at the Emirates Stadium for one more season as he doesn’t have a good relationship with the current Real Madrid manager Zidane. The report claims that this new loan deal is almost done  and that the Madrid club could ask for a higher loan fee or make it a loan with an obligation to buy type of deal.

Arsenal head Mikel Arteta will definitely be happy that the club might have managed to keep Ceballos as the young Spanish midfielder has been one of the best players in his reign so far. Ceballos and Xhaka have formed a great relationship and so it is probably a must for the club to keep them both at the club as they compliment each other and just need an attacking midfielder to be a great midfield three.

Ceballos has always said that he would love to return to Real Madrid but his latest interview had him saying that he was really happy at Arsenal and that he wouldn’t be opposed to staying at the Emirates Stadium.