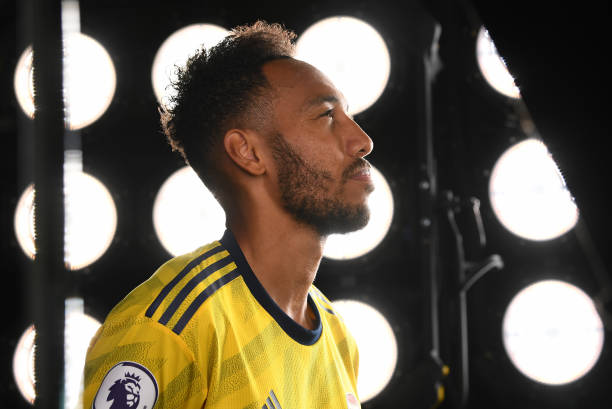 Arsenal have been trying to tie Pierre-Emerick Aubameyang to a new deal for a long time but there has been a lot of rumours saying that the Gabon international might finally be ready to entertain the idea of staying at the Emirates Stadium. Aubameyang has now hint at staying at Arsenal via social media.

Aubameyang’s current contract at Arsenal will expire next year and the gunners will not want to lose such a top player like him for free as they did with Alexis Sanchez and Aaron Ramsey and so it is believed that the North Londoners will try everything possible to convince the 31 year old to sign a new deal or be sold in the upcoming summer transfer window. Aubameyang hasn’t talked much about his contract situation but since he is a player that is usually active on social media, the gooners are always on the lookout for transfer hints.

During an Instagram live stream between Aubameyang and Willy Aubameyang, one of Arsenal’s fans typed in the message box saying that the striker should blink if he will sign a new deal to extend his stay at the Emirates Stadium, and he clearly did just that in the video hence gooners starting to get excited on social media as they believe this is a hint that he will or might have renewed.

Arsenal have won their last four matches and Mikel Arteta has seemed confident that Aubameyang will be able to extend his stay at the Emirates Stadium and so it will be interesting to see what happens in the summer as interest in the captain of the gunners is there as per foreign reports.

A look At Five Of The Gunners’ Transfer Targets