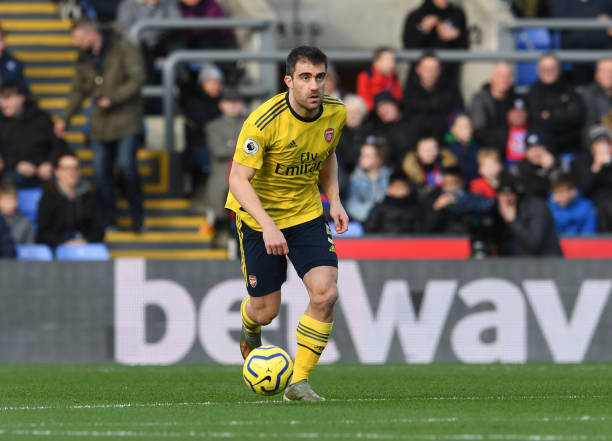 Arsenal completed the signing of Sokratis Papastathopoulos in the 2018 summer transfer window and he had a great first season at the club but has however struggled in this recently concluded campaign as he is now nolonger getting minutes under Mikel Arteta. There was a report that Sokratis was on those to be sold but his agent has spoken out on these reports.

Sokratis Papastathopoulos was starting in most games under Unai Emery this season but he however committed some disappointing mistakes at the start of the season with the most memorable one being him passing the ball to a Watford player hence Arsenal conceding. Sokratis started a few games under Arteta before he started getting benched.

Sokratis’ agent has however denied rumours that the Greek international will leave Arsenal this summer because he will be looking to finish his contract which ends in 2021.

“He [Sokratis] will stay. I don’t see a reason to leave. I don’t know why everyone is writing wrong and fake news.” Sokratis agent told a reporter.

Arsenal decided to loan Mohamed Elneny to Besiktas in the 2019 summer transfer window and he started many games there and there was a lot of uncertainty on whether the Turkish club would permanently sign him but that seems off the table as a report by Turkish Football says that he will return to the Emirates Stadium ahead of the upcoming new season.

The report does however say that another Turkish club Trabzonspor will be looking to sign Mohamed Elneny on a loan deal and that they have made some enquiries with Arsenal and the representative of the Egyptian international.

Report: Willian tells Arsenal date when he will decide whether to sign for them