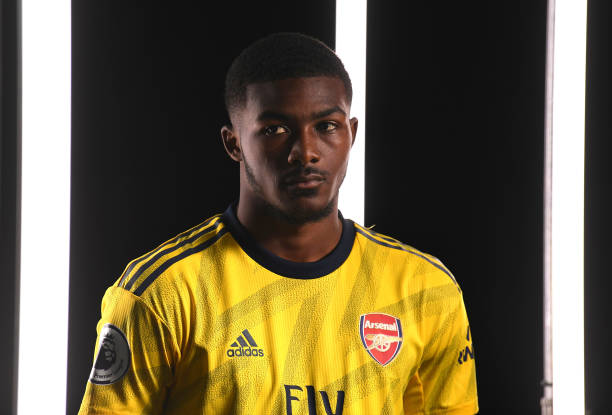 Arsenal youngster Ainsley Maitland-Niles will be looking to move on from the gunners this summer since it is clear that he might not get his wish of playing in midfield under Mikel Arteta and Wolverhampton have shown the most genuine interest in the player as their first bid of £15million was rejected.

Ainsley Maitland-Niles played a lot at the start of last season because Hector Bellerin was still on the sidelines and he put in some good performances but he however did come out to the media to tell the fans that he wasn’t a natural right back after he received criticism in Emery’s last days. Maitland-Niles also played at right back a few games in Arteta’s first weeks at the club but also made his feelings clear hence getting dropped for months, but he however later returned to the squad that went on to win the Emirates FA Cup.

Wolverhampton are interested in Ainsley Maitland-Niles because he is a player that suits their playing style and a report by Sky Sports says that the gunners have rejected the first bid of £15million from Wolves as they want to get atleast £20million from the sale of the 22 year old English international. The gunners will now be waiting to see if Wolves will be able to cough up their asking price of £20million as he is a good versatile player that can play in many positions.

LONDON, ENGLAND – AUGUST 01: (L-R) Ainsley Maitland-Niles, Eddie Nketiah, head coach Mikel Arteta and Dani Ceballos of Arsenal pose for photos with the trophy after the FA Cup Final match between Arsenal and Chelsea at Wembley Stadium on August 01, 2020 in London, England. Football Stadiums around Europe remain empty due to the Coronavirus Pandemic as Government social distancing laws prohibit fans inside venues resulting in all fixtures being played behind closed doors. (Photo by Stuart MacFarlane/Arsenal FC via Getty Images)

The Sky Sports report claims that Wolves want Maitland-Niles due to him being able to play in both midfield and as a fullback which are two areas that they are lacking in ahead of the new season and Arsenal are willing to let go of their academy product because they believe that he might be surplus to the players that Mikel Arteta needs. Arsenal’s match against Liverpool in the Community Shield is just a few days away and Maitland-Niles’ inclusion in the friendly that took place on Tuesday shows that he could play at the weekend if Wolves are yet to reach an agreement with Arsenal by that time.

Report: Ainsley Maitland-Niles future at Arsenal to reportedly take a new twist due to Arteta