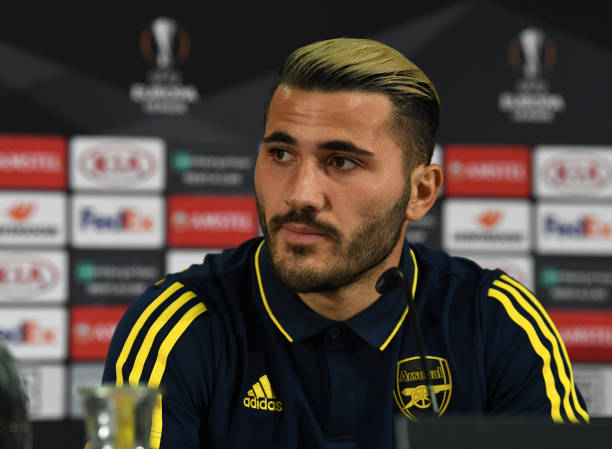 Arsenal will be looking to sell a number of players in this summer transfer window and among those will be Sead Kolasinac who didn’t have a good season in the 2019/20 campaign as he was even used in the left centre back position as Tierney was favoured over him at left back. Italian Serie A side AS Roma are interested in the Bosnian international and the gunners have reportedly set their asking price.

Sead Kolasinac arrived at Arsenal on a free deal a few years ago and he was given huge wages of £100,000 a week since he came as a free agent and he has however never made the left back position his own as Nacho Monreal was competing with him before he left and it looks like the 27 year old might have now lost the race to Kieran Tierney who arrived from Celtic in the 2019 summer transfer window.

The gunners will be looking to trim on their wage bill and it’s now being reported that they will be willing to sell Sead Kolasinac in this transfer window and that they have set an asking price of €15million as per Italian outlet Gazzetta dello Sport. The Italian outlet claims that AS Roma believes that they could be able to sign the left back as his price seems to be within their range.

It is no surprise that the gunners would be willing to let go of Kolasinac at such a low price as their main advantage will be that they will have now cut off his £100,000 a week wages from their wage bill which is currently high. Kolasinac has only just two years remaining on his current contract at Arsenal and the report claims that AS Roma wants him ahead of the new season since their current options in that position are not reliable anymore.

Report: Lionel Messi to Arsenal? The chances of the North Londoners doing the impossible