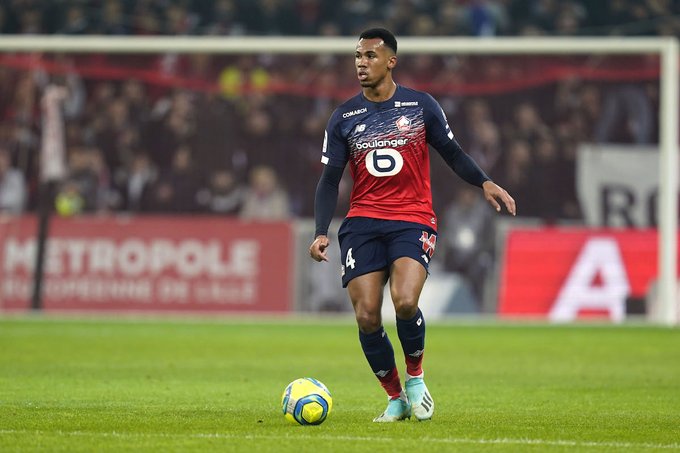 Arsenal will be looking to sign a new defender in this summer transfer window since this is one of the areas that will need to be improved if they want to get back in the Premier League top four. The gunners have set their eyes on Lille centre back Gabriel and the player has reportedly chosen his next club.

Gabriel Magalhaes has been of the best centre backs in the French Ligue One in the 2019/20 season as he led his club to a top four finish and he has since then attracted a lot of interest from many top European clubs because he is a good defender when it comes to aerial balls and is also good with his feet which is a major requirement in modern football.

There was many reports in the past how Napoli and Everton were heavily interested in him but the past few days seem to indicate that he is now being pursued by mostly Arsenal and Manchester United. Local news outlet La Voix du Nord has however surprised everyone by confirming that Gabriel has chosen his next club and that it is Arsenal after having some discussions with them which apparently seemed to be enough to convince the Brazilian international to want to move to the Emirates Stadium over all the clubs interested in him.

Arsenal will be glad that Gabriel Magalhaes has chosen them because it’s very well known that Mikel Arteta wants a left footed centre back and so signing the 22 year old will probably make him happy since Pablo Mari might not be fit to play when the new Premier League season starts. Gabriel is a young centre back that looks to have a big future ahead of him and the report also mentioned that the gunners will have to pay €30million for him since that is the asking price of Lille but luckily, Arsenal seem to have a good relationship with them having got Pepe from there last summer.