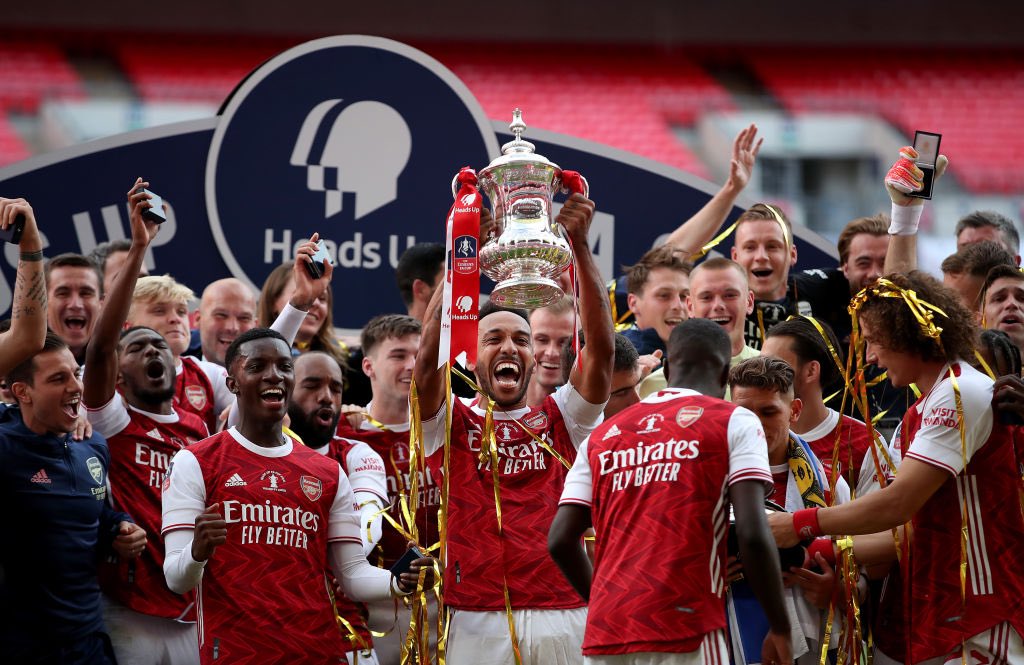 Arsenal have won the Emirates FA Cup thanks to two goals from Pierre-Emerick Aubameyang and they have now won the competition a record 14 times. Mikel Arteta wins his first Arsenal trophy after having been at the club for just eight months and the fans will be hoping that this is the start of something special.

The gunners started the match poorly as Pulisic gave Chelsea the lead in the sixth minute thanks to a great flick from Olivier Giroud but this didn’t ruin the confidence of Arsenal as they kept their head high and retook control of the game after the water break. Aubameyang received a great long balls and tried to control it and the Chelsea defender ended up bringing him down in the penalty box hence it getting awarded as a penalty for Arsenal.

Aubameyang took it and sent Caballero the wrong way and made it 1-1 for the gunners and this led to them dominating the game for the rest of the first half but they however failed to get another goal before the halftime whistle. The second half started off well for Chelsea as the first half did but they were however heartbroken to see Pulisic get what looked to be a hamstring injury in those opening stages.

Chelsea held most of the possession and started to get dominant in the second half but the gunners defended so well, and kept their shape while only focusing on using counter attacks and one finally paid off after Hector Bellerin ran through the midfield of The Blues and laid the ball to Pepe who then passed it to Aubameyang who then beat two defenders to put the ball into the back of the net in spectacular fashion to make it 2-1. A few minutes later, Chelsea’s game went from bad to worse when Kovacic got his sent off after a challenge on Xhaka.

Both clubs later made substitutes and created chances but the match ended up finishing 2-1 hence Arteta’s men winning The Emirates FA Cup thanks to two goals from Aubameyang. What an achievement for Mikel Arteta as he wins a trophy in his first season in management despite having arrived at the club midway through the campaign.

Arsenal 2-0 Manchester City: Aubameyang the hero for the gunners