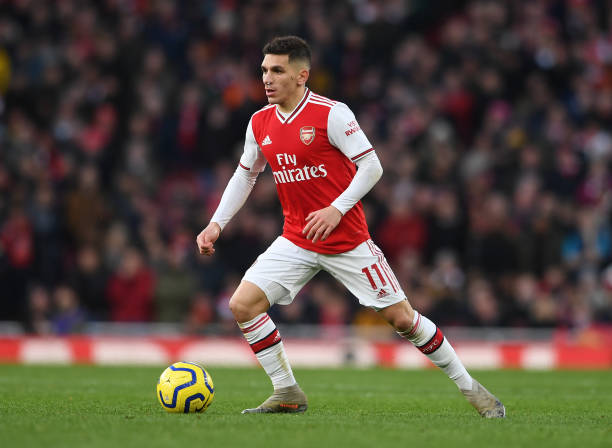 Lucas Torreira did not play a lot last season due to various reasons with one being that Unai Emery didn’t consider him in his plans for the 2019/20 campaign but he however returned to the main starting eleven when Mikel Arteta got appointed for a short period.

Arsenal completed the signing of Lucas Torreira from Sampdoria in the 2018 summer transfer window and he had an incredible first season as he was deemed the next big thing but his form started to take a nose dive at the start of 2019 and he has never been the same. Torreira started in the first matches under Arteta but he was however later dropped for Dani Ceballos who is now favoured over the Uruguayan international.

Lucas Torreira who is currently linked with a move away from Arsenal has today hint at leaving the Emirates Stadium this summer via an interview in which he said that he needs to think about his future right now even though he has a contract with the North Londoners, and that if he has to leave then that it would be the for the best of his career.

“Today I need to think about my future very well. I have a contract with the club and I have to respect it, obviously if I have to leave it will be for the best. We have to be calm and wait.” Lucas Torreira told Sport 890 radio station.

It is still not known if Arsenal will indeed sell Lucas Torreira in this transfer window but there is already interest in him as some Serie A clubs like AC Milan and Fiorentina have shown interest in him as per reports from Italy. Arsenal head coach Mikel Arteta has shown that he prefers Dani Ceballos over Torreira and so if they were to get the Spanish midfielder for another season then the chances of the former Sampdoria man staying would be low.

Report: Atletico Madrid send a message to Arsenal about the Thomas Partey situation