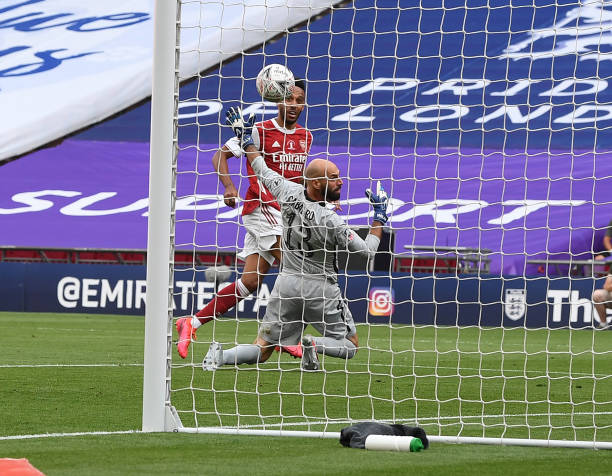 Pierre-Emerick Aubameyang has scored 70 goals in all competitions since he arrived at Arsenal in 2018 and so it’s no surprise that the club is anxious to see him put pen to paper to a new deal. There hasn’t been any official statement on Aubameyang’s future but a new report has revealed some good news to Arsenal fans and the player himself has made a hint.

Aubameyang scored 22 goals in the Premier League for Arsenal last season and was very influential in them winning the Emirates FA Cup as he scored four goals in the semi finals and the final to get the club a record 14th (FA Cup) trophy. The Arsenal fans have since then been waiting to see him sign a new deal as him extending his stay at the Emirates Stadium.

Aubameyang has been getting asked to sign a new deal in all his latest social media posts and he yesterday surprised the Arsenal fans by making a cryptic tweet that had timer hence most claiming that this is a sign that his contract renewal will soon be announced. Below is the tweet.

Sky Sports have also in the same period released a report saying that Arsenal will soon announce that Aubameyang has signed a new three-year deal to commit his future to the North Londoners. The report claims that the announcement could be done in a few days from now and the fans will be pleased that everything could be made official before the 2020/21 campaign starts.

Pierre-Emerick Aubameyang has been on holiday for the last two weeks but he will soon be expected back to prepare for the pre-season ahead of their Community Shield match against the Premier League Champions Liverpool.