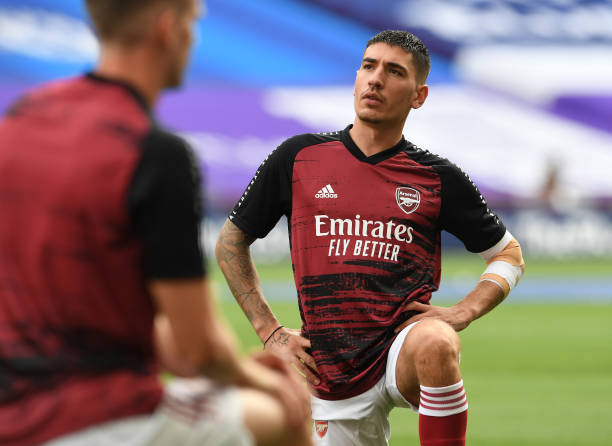 Hector Bellerin has been at Arsenal for nine years but he has however struggled in the last few years from immense criticism from the fans in Wenger’s last months at the club and then to constant injuries that have made him miss a lot of matches. It’s now being reported that Bellerin is open to a move away from Arsenal.

Hector Bellerin got a knee injury at the start of 2019 and this kept him on the sidelines for many months as he only finally made his return to the pitch in October but he however later got more slight injuries hence not being steadily in the starting eleven. Bellerin was however fully fit at the end of the season and was very helpful in the final as Arsenal beat Chelsea to win the Emirates FA Cup but it’s now being reported that the Spaniard wants to leave.

The Telegraph claims that Arsenal will be looking to listen to offers for Hector Bellerin in this summer transfer window and that the player himself is open to a move away from the Emirates Stadium because he wants a new challenge after having spent nine years in England with the North Londoners. This will come as a big surprise to many Arsenal fans as he’s the player that you’d least expect to want a move away from the Emirates Stadium and it’s going to be interesting to see how this plays out as the 25 year old usually attracts interest from many clubs.

The report by Telegraph claims that Arsenal would use the funds got from the sale of Hector Bellerin to fund their summer transfer targets since they have to sell to raise money as they have spent four years now without UEFA Champions League football and its financial benefits. Bellerin has been generally quiet on his future but the fans will hope that he doesn’t get sold as he is a fan favourite.

Report: Atletico Madrid send a message to Arsenal about the Thomas Partey situation