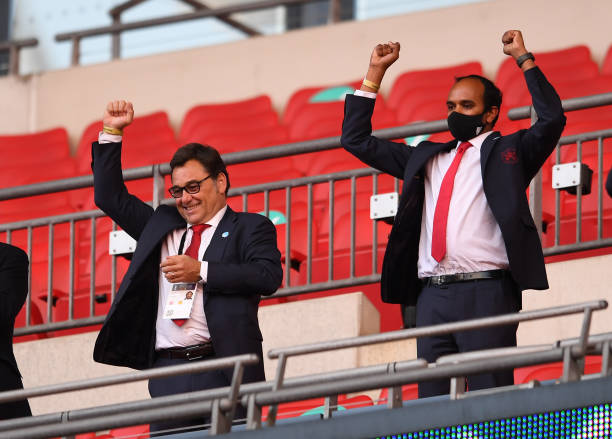 The Premier League summer transfer window opened last month and all clubs will be looking to quickly improve their squads since the new season is just one month away. There has been a lot of speculation on how much Arsenal will have to spend in this summer transfer window and a new report has released the amount that will be used in this window and their main targets.

Arsenal ended the 2019/20 season well with an FA Cup victory but that won’t mean that they will not have to improve their squad as them getting a trophy does not erase the fact that they had their worst season since 1995. Mikel Arteta will expect investment from the club after having proved that he is capable by winning a trophy in his first season at the club despite not having had a pre-season.

The Sun has revealed that Arsenal’s budget for the 2020 Summer transfer window will be £100million and that they will try to sign their three main targets which are Thomas Partey, Gabriel Magalhaes and Dani Ceballos who went back to Real Madrid after winning the FA Cup. The report also does however mention that the North Londoners will have to increase on their budget by selling some of their players like Matteo Guendouzi, Shkodran Mustafi, Lucas Torreira and Ainsley Maitland-Niles.

Signing of Thomas Partey could be a double win for Arsenal

Thomas Partey has been heavily linked with a move to Arsenal and so it’s no surprise that he would be among their main targets and the fans will be hopeful that they will get him since the report is claiming that their budget is £100million while his release clause is £45million.

Gabriel Magalhaes hasn’t been linked with a move to Arsenal for long but there was recently a report that said that the gunners had won the race for him after he chose them as his next club but there’s yet to be a development on that story. Ceballos was impressive for Arsenal in last weeks of the season and so Arteta will need him back.