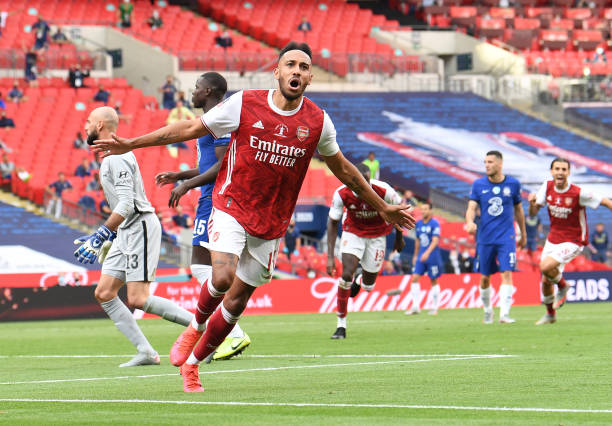 Arsenal’s 2019/20 season came to an end last week after they defeated Chelsea in the final to win the Emirates FA Cup and the fans were tasked with voting  who’d be their player of the season on Pierre-Emerick Aubameyang, Bukayo Saka and Bernd Leno.

The Arsenal fans have voted Pierre-Emerick Aubameyang as their 2019/20 player of the season since he was yet again their best player in this recently concluded campaign. Aubameyang was very impressive for Arsenal last season as he scored 29 goals in all competitions including four in the semi finals and final of the Emirates FA Cup and so it’s no surprise that 74% of the fans would choose him as their player of the season as he fully deserves it. Arsenal announced the news via their official Twitter account and as expected, the replies consisted of many gooners now saying that they should also announce his new contract.

Pierre-Emerick Aubameyang scored 22 goals in the Premier League, just one less than that of golden boot winner Vardy and that’s a great return for a player whose team had finished in the 8th position with statistics showing that they are one of the worst teams in the league when it comes to creating chances.