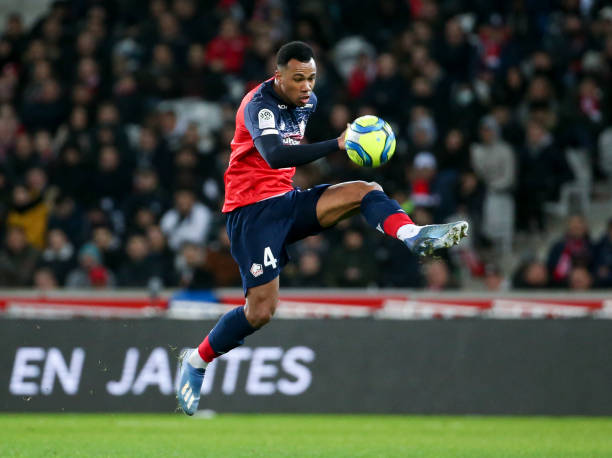 Arsenal have spent the last few weeks in negotiations with Lille and Gabriel Magalhaes as this is the centre back that Mikel Arteta has decided to bring to the Emirates Stadium this summer as he continues to revamp his squad ahead of the upcoming season. The gunners are believed to have finally convinced Gabriel to join them as per The Telegraph and now the fans want to know when he will have his medical.

Arsenal have been very cautious about the possibility of celebrating the arrival of Gabriel Magalhaes because it was reported that Napoli had entered into the race for the signature of the Brazilian international at the last moment hence complicating the transfer for the gunners but it’s now been confirmed that he has chosen Mikel Arteta’s side despite the interest from the Italian side.

Arsenal will want to complete the deal as soon as possible and The Mirror has today revealed that the gunners will have Gabriel Magalhaes have his medical in France to avoid him having to go into quarantine for fourteen days as per the new rules in England for all new arrivals in the country. The report claims that the medical will take place today and so this is a sign that the announcement could also come in the coming days putting an end to this Gabriel saga.

It’s believed that Arsenal have agreed a £22.6million deal with Lille over the transfer of Gabriel Magalhaes and Mikel Arteta is believed to have been in favour of this deal since he wants a left footed centre back in his squad since Pablo Mari will be out for some time. It is not known whether Gabriel will have to go into a quarantine of two weeks when he comes to London but if he does then this will mean he will have no chance of being in the squad that faces Liverpool in the Community Shield.