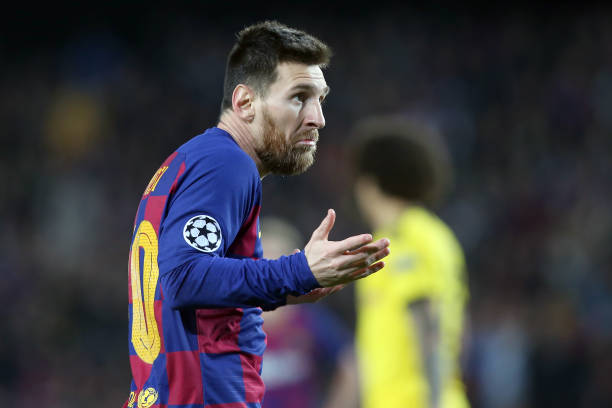 There was a big transfer bomb on Tuesday night as it was reported by many reliable journalists that Barcelona’s greatest ever player Lionel Messi had decided to end his stay at the Catalan club after their humiliating 8-2 defeat to Bayern Munich and the off the pitch problems.

It is been claimed that Barcelona star Lionel Messi will want to leave on a free transfer even though the clause that would allow him to leave for free expired in June and its also believed that the two parties could even go to court over this. This news has brought a lot of questions with the main one being where does Messi move to? A number of reports have started linking him with an exit and Arsenal is among the clubs that could sign Messi as per Argentina outlet Diario Olé.

But can Arsenal really bring Lionel Messi to the Emirates Stadium this summer?

Lionel Messi is one of the greatest ever players and Arsenal like all clubs in the world would be so happy to have him in their squad as he not only brings greatness on the pitch but is also a huge brand that has its own fanbase. Arsenal are currently in the UEFA Europa League after finishing 8th in the Premier League and so the gunners are definitely not a place that could be able to entice the Argentinian international to come to join them, in terms of influence, the gunners have lost Arsene Wenger who is a very prominent person in football that many players wanted to play for and that isn’t a knock on Mikel Arteta. In simple terms, there is no footballing reason that could convince Messi to join Arsenal apart from maybe giving him a chance to win the UEFA Europa League as he has never won it (haha).

NAPLES, ITALY – FEBRUARY 25: (BILD ZEITUNG OUT) Lionel Messi of FC Barcelona Looks on during the UEFA Champions League round of 16 first leg match between SSC Napoli and FC Barcelona at Stadio San Paolo on February 25, 2020 in Naples, Italy. (Photo by Harry Langer/DeFodi Images via Getty Images)

Even if Lionel Messi decided that he would love to join Arsenal this summer then the gunners would still not be able to afford him even though he would arrive on a free transfer. Arsenal’s current wage bill is very high as they have players that are on wages that can only be paid if you are a UEFA Champions League club and so adding on that another £988,000, a week wages for Messi would be too much for the club since it financially suffered a lot due to the effects of the Coronavirus as they even had to make their players take a 12.5% pay cut.

So the truth gooners, it is impossible for Arsenal to sign Lionel Messi over all the other interested clubs.

Revealed: Why Arsenal is ready to end its pursuit of Thomas Partey