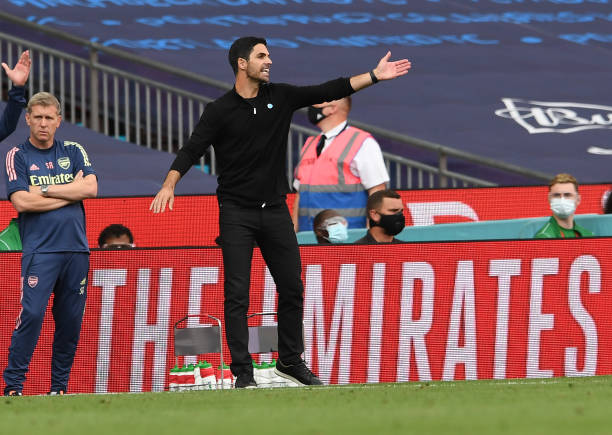 Arsenal head coach Mikel Arteta won his first trophy as a manager on Saturday after his side came from one goal down to beat Chelsea at the Wembley. Arteta will be looking to improve on his squad in the upcoming year and it seems like has identified three players that need to be brought in for him to start playing his favourite formation.

Arsenal head coach Mikel Arteta was an assistant coach of Pep Guardiola at Manchester City and everyone believed that he would immediately use the system used by The Citizens but he however didn’t because he didn’t have the right players to implement it but it’s now being reported that he has identified the list of players that need to be brought in so that he could start using his favourite 4-3-3 formation.

A report by The Times claims that Arsenal head coach Mikel Arteta is now ready to switch to a 4-3-3 formation and that he has identified players such as Phillipe Coutinho, Thomas Partey and Willian as the type of players that would be able to enable him to start using that system as he was never given the chance to use it last season since his squad is unbalanced. Arsenal have been heavily linked with Partey and there is high chances of Coutinho coming to the Emirates as its believed that he wants a move back to the Premier League, and for Willian, it seems like a move to the gunners seems inevitable.

The report from The Times also revealed that Mikel Arteta wants Arsenal to tie down Pierre-Emerick Aubameyang and Emiliano Martinez as they have been impressive in his reign so far. The Arsenal fans will hope that Mikel Arteta does get to have these three players from the board as they are looking forward to seeing where he could take the club in the future.

Arsenal reportedly in transfer dilemma after a decision by Alexandre Lacazette