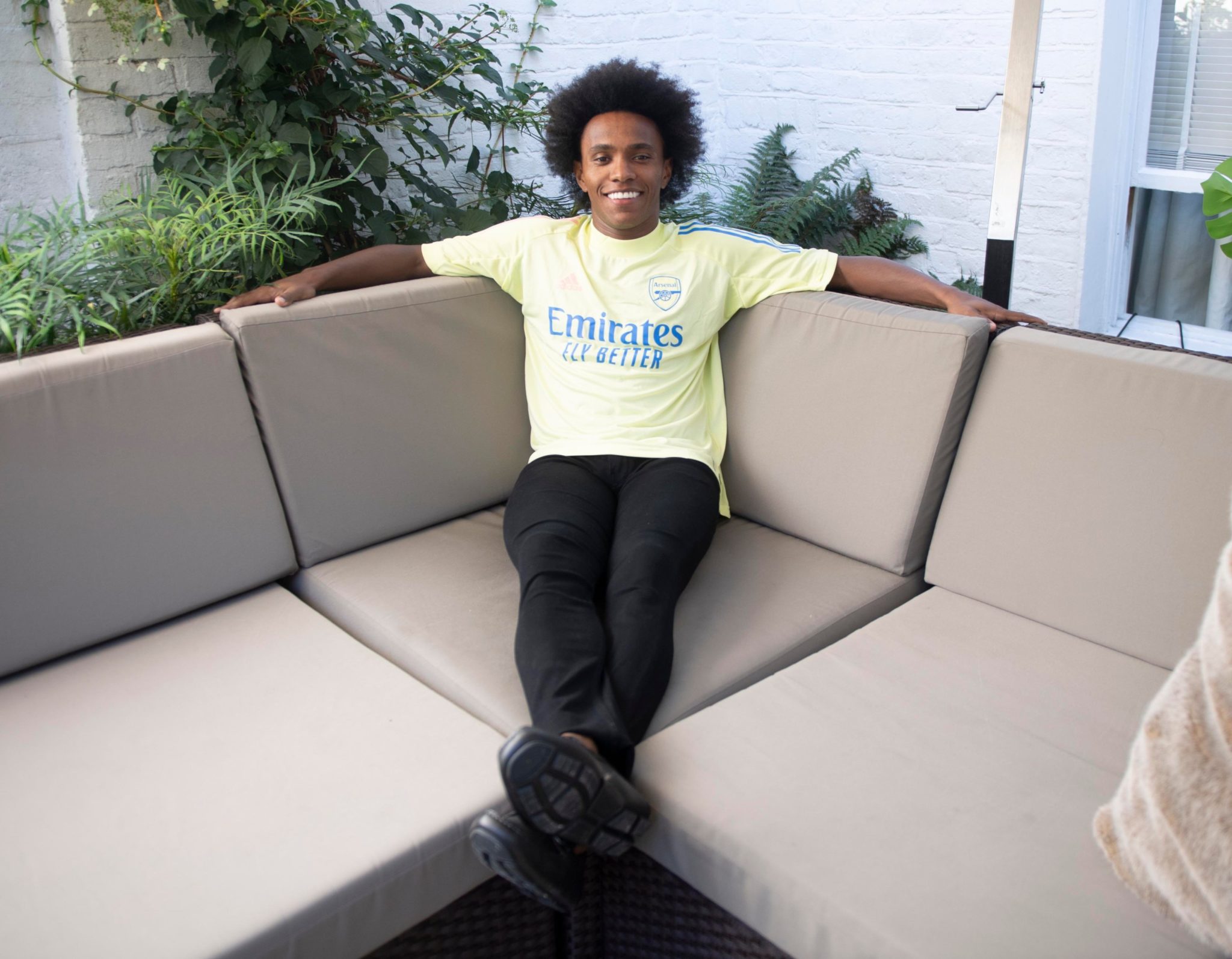 It was on Friday announced that Arsenal had completed the signing of Brazilian international Willian who was a free agent after leaving Chelsea in this year’s summer transfer window. The new Arsenal signing has now spoken out on why he joined the North Londoners over all the clubs that were interested in him.

Willian spent seven years at Chelsea and was one of their best players last season hence them trying to offer him a new deal and clubs including Arsenal and Barcelona entering the race for him. The 32 year old scored nine goals and also made seven assists in the Premier League in the 2019/20 campaign and after he rejected the new deal from Chelsea, the gunners only had to beat Spanish side Barcelona to his signature.

Fast forward to the future, Arsenal won the race for the signature of Willian as they have today even unveiled him as their new player and he has opened up about what made him choose the gunners over a foreign move. Willian says that he joined Arsenal because he liked the playing style of the North Londoners and that he believes that they will start competing in the Premier League with Mikel Arteta in charge.

“[I like] the way they play, everything is amazing – the stadium, and I think that with Arteta, Arsenal have a great opportunity to fight again for titles in the Premier League and in Europe so I’m very happy because of that.” Willian told Arenal Digital.

“I’m excited to start. I can’t wait to go on the pitch and do my thing to help my team-mates and to help this club to shine again. That’s what I want.”

“When I talked to [Mikel], the conversation was good, he gave me confidence to come to Arsenal. He said a lot of good things to me and that’s why I have come to Arsenal.”