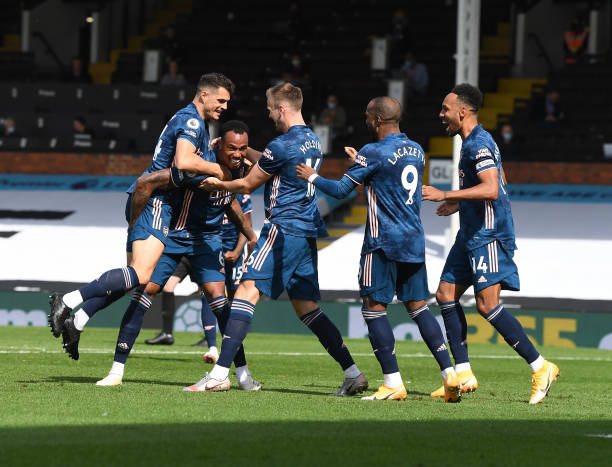 Arsenal will this Saturday face West Ham United at the Emirates Stadium and they will want to make it back to back wins as they will want to keep their momentum high as their next two games will be up against top sides such as Leicester City and Liverpool at Anfield Stadium. Arsenal’s first match in the Premier League was against Fulham and it ended in a 3-0 victory for the gunners but West Ham United were however beaten 2-0 by Newcastle United and so they will come looking for their first three points.

The gunners have been impressive in all competitions since the lockdown ended and so their manager Mikel Arteta will want his team to keep up their momentum as he has many times claimed that the North Londoners have to try to keep winning as it is a good feeling that brings out the best in everyone in the squad. Arsenal supporters will expect nothing but a win from the game against West Ham United as they have a pretty good record against the Hammers as they have beaten them 10 times in their last 11 meetings.

LONDON, ENGLAND – AUGUST 29: Pierre-Emerick Aubameyang of Arsenal before the FA Community Shield match between Arsenal and Liverpool at Wembley Stadium on August 29, 2020 in London, England. (Photo by Stuart MacFarlane/Arsenal FC via Getty Images)

West Ham United are yet to bring in any notable signings and so the gunners will not be afraid of them as they have on the other hand brought in two players and it’s just a few months back since they defeated the Hammers 1-0 at the Emirates Stadium.

As you can see above, Arsenal won both of their Premier League games against West Ham United last season and their defeat to the Hammers came in the first year of Unai Emery.

Arsenal will be without six players as per the latest team news from the club. The six players that have been confirmed to miss the game against West Ham United are; Chambers, Mari, Martinelli, Sokratis, Smith Rowe, Mustafi.

West Ham United do not currently have any injury problems at the moment after their players that were on the sidelines are now available for selection.