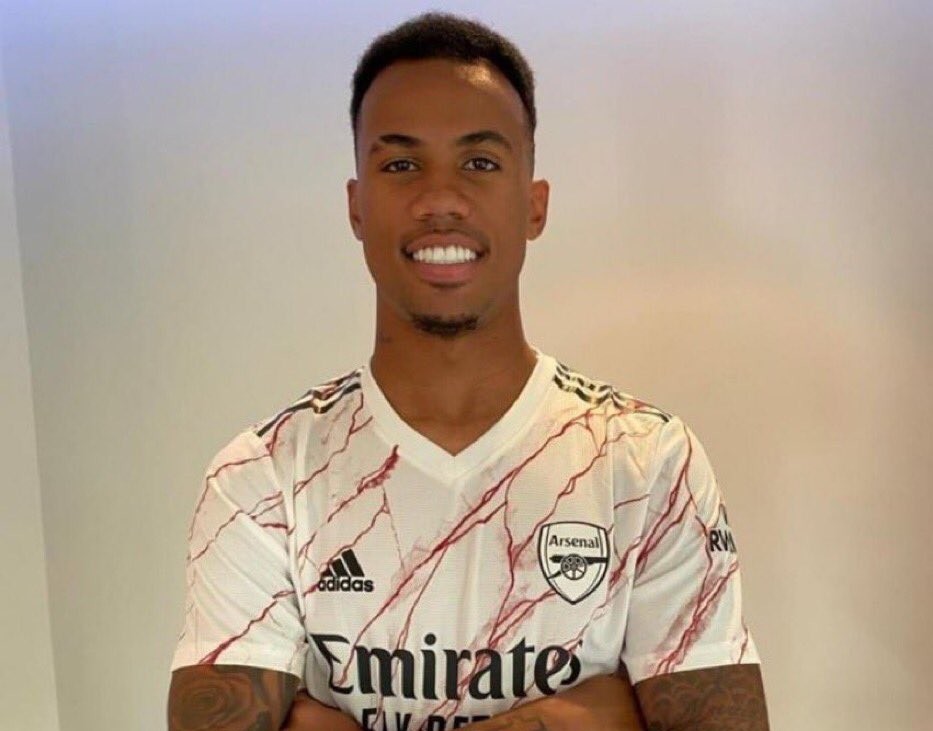 Arsenal have today confirmed the signing of Gabriel Magalhaes from Lille on a five year contract after having been linked with him for months. This is a signing that the fans have been eagerly waiting for the club to complete as they had to beat a number of clubs to get Gabriel and he has spoken out on how Arteta’s influence helped the deal progress.

Gabriel Magalhaes was one of the best centre backs in Europe’s top five leagues last season and so that’s why the gunners were so determined to complete this deal even though they had many competitors such as Napoli and Manchester United. Arsenal have confirmed that Gabriel Magalhaes will be wearing the shirt no. 6 which was previously worn by their former captain Laurent Koscielny.

Gabriel Magalhaes transfer saga was very interesting as the 22 year old centre back was reportedly taking long to making a decision and the player has now come out and that he was talking with Arsenal’s technical director Edu Gaspar about their project, and that him also directly talking with Mikel Arteta was very important in him coming to the Emirates Stadium in this summer transfer window. The Arsenal fans will hope that Gabriel turns out to be impressive in the Premier League as they’ve previously been unlucky with signing new defenders.

“Edu and I had several chats about Arsenal and the new project, we had many good conversations. As the days went by I was getting very excited about it, then I had a call from the coach and that was very reassuring.” Arsenal new signing Gabriel Magalhaes told the club’s official website.

“Having the coach himself calling you to say he wants you in his squad motivates you a lot. That is the very reason I am here today.”

“We did not talk about [details], he just told me he is aware of my quality, my capacity and how far I can go. He also said he will be very demanding with me.I know he is a great coach and I will make progress with his help.”