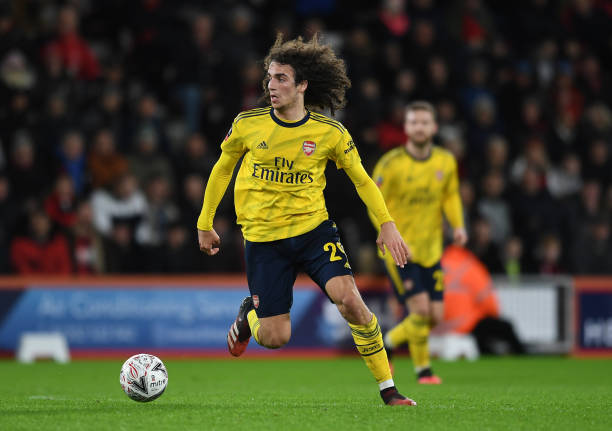 Arsenal midfielder Matteo Guendouzi has been heavily linked with a move away from the Emirates Stadium this summer after the scuffle that he had in the game Brighton saw him never get another chance to step on the pitch as Mikel Arteta decided to discipline him. It has been accepted among the Arsenal fanbase that Guendouzi will leave the club this summer since he didn’t apologize but the fans believe that he could be staying after his latest new social media post.

Matteo Guendouzi joined Arsenal in the 2018 summer transfer window and he had an incredible first season as a 19 year old but he however struggled last season as with most players during the last months of Unai Emery’s era. Matteo Guendouzi didn’t start many matches when Mikel Arteta arrived but he however played their first two matches post lock down but they scuffle with Brighton’s Maupay in the 2-1 loss has seen  him never get picked in the matchday squad since then.

Guendouzi was training alone during the last few weeks of last season but he was however picked in the U21 France Football team squad and he played in those two matches, with his team coming out victorious in both. Guendouzi took to Twitter to congratulate his U21 France teammates and also hint at staying at Arsenal by adding that “Now let’s go back to work Arsenal.”

Arsenal have tried to use Matteo Guendouzi in deals to get their transfer targets as per reports and there have been also claims from Spain that Valencia might be interested in signing him this summer. It will be interesting to see if Arsenal and Mikel Arteta have changed their stance on the player as he looks ready to play for the North Londoners as per his above tweet.

Report: Arsenal to only sell Emiliano Martinez to Aston Villa under one condition