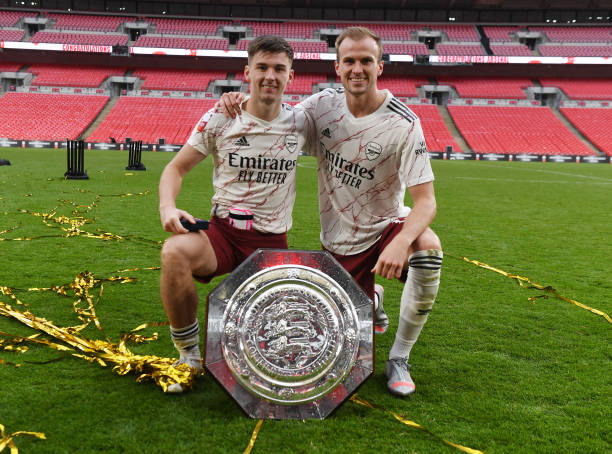 Rob Holding did not make a lot of appearances for Arsenal last season due to mainly injuries and being out of favour but he was however given a big chance to impress at the end of the 2019/20 campaign after Shkodran Mustafi got injured in the FA Cup semi finals and he then went on to feature for the gunners in the final, and then recently the Community Shield.

Rob Holding was also in the starting eleven in Arsenal’s first Premier League game against Fulham which they won 3-0 but he has still been recently linked with a loan move to West Ham United but a new report by The Sun is saying that the English centre back has decided to stay at the Emirates Stadium and fight for his place in Mikel Arteta’s starting eleven. The 25 year old will be hoping to keep his place in the Arsenal starting eleven since it seems like the gunners will continue using three at the back for some time.

Holding was very impressive in Arsenal’s unbeaten run at the start of Emery’s reign but he however got a long-term injury that kept him on the sidelines for months hence him not featuring a lot for the North Londoners last season but current reports and hints show that he could be staying as even Mikel Arteta said that he wants him to stay. West Ham United were hopeful that they would get Holding on a loan deal to avoid finishing off their budget in a permanent deal but it looks like they will have to look elsewhere.