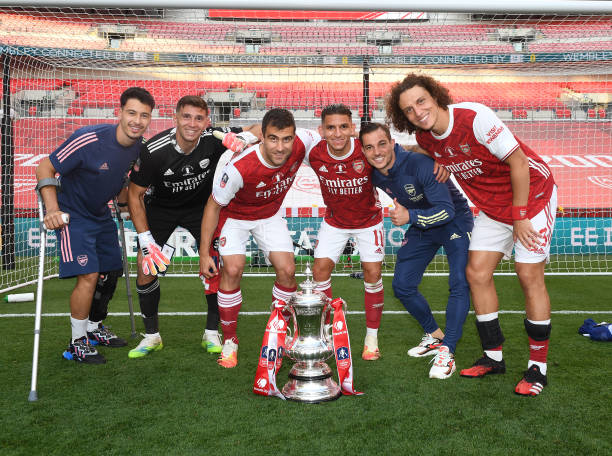 Arsenal goalkeeper Emiliano Martinez has completed a move to Aston Villa for a fee in the region of £20m, confirmed by reliable Italian journalist Fabrizio Romano via his Twitter account.

After 10 years at Arsenal and finally having his breakthrough season, Martinez decided to seek first team assurances elsewhere and his departure is on mutual terms.

Brentford’s David Raya and Dijon’s Alex Runnarson have been lined up as possible replacements.

The other player who is on the verge of an exit is Uruguayan midfielder Lucas Torreira who is very close to sealing a return to Italy to play for Torino according to Football Italia.

Arsenal will accept a fee of €24m (£22m) which is slightly less than the £26m they purchased him for.

Torreira is heading back to Italy after 2 seasons at Arsenal. (Photo by David Price/Arsenal FC via Getty Images)

Torreira’s exit could boost the pursuit of long term target Thomas Partey who has a release clause of £45m.

The sell of Torriera and Martinez would fetch Arsenal a combined fee of £42m which would be used to fund targets such as Thomas Partey and Houssem Aouar.