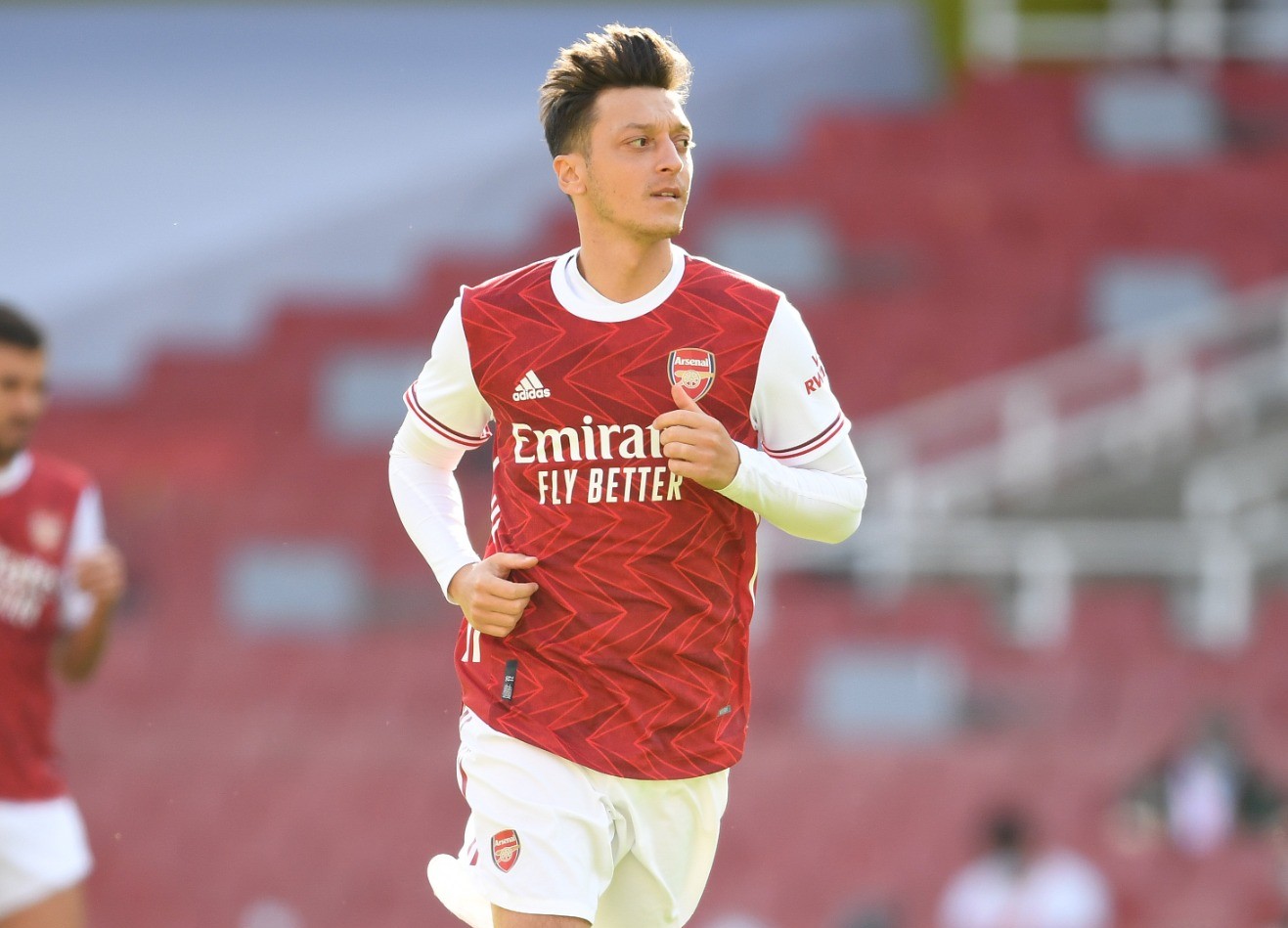 Arsenal fans were surprised to see that Mesut Ozil took part in their pre-season game that saw them lose 3-2 to Aston Villa because many believed that the boss wouldn’t include him since many reports have said that he hasn’t changed his stance on the player. We take a look at why Mikel Arteta has welcomed him back to the squad.

Arsenal head coach Mikel Arteta played Mesut Ozil in his first 10 Premier League matches as a manager and things however changed when the league returned after the lock down as he has since then never played a single minute for the gunners with some times not even getting included on the matchday squads. Arteta has always said that Ozil had the same chances as his teammates in getting picked and some reports say that the Arsenal boss wasn’t happy with him not fulfilling some duties during the lockdown and also not being match fit while some fans believe that the pay cut situation is the one that caused this.

So the present is Mesut Ozil is training with the rest of his teammates and he even took part in the friendly game against Aston Villa and the fans are curious if he will return to the squad when the season returns next Saturday. We believe that Mesut Ozil will indeed be brought back to the squad and that he could be picked in the first games because Arteta said that everybody has been given a clean slate and so a player will just have to work hard in training to get the chance of being selected in the 18 man squad.

Arsenal struggled against deep defences last season and Arteta will know that Ozil can be helpful in such matches as he can still have good performances from time to time, and the fans will be hopeful that their boss does start him in their first matches since they might need the services of the German international as they currently have not signed a new attacking midfielder that would keep Ozil out.

Report: Why Phillipe Coutinho to Arsenal could still happen this summer