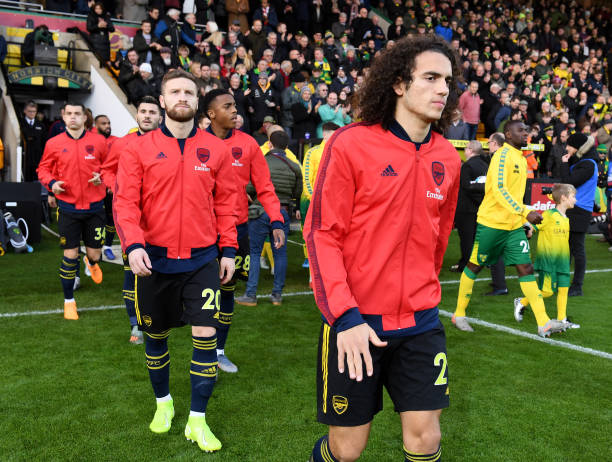 Arsenal are yet to make any major sales this current transfer period but are expected to.

This could fund new arrivals, free up space and the wage bill.

Several players could leave but we rank the top 5 that could be sold in no particular order;

Torreira hasn’t been part of Arteta’s plans. The Uruguayan midfielder lost his form and confidence under Unai Emery and suffered a serious injury when he was showing signs of progress.

Another undoing is his desire to return to Italy instead of focusing on his current team, his desire could be granted with a number of teams showing interest in him.

Torreira is valued at £20-£30m this money could help secure Arsenal’s targets such as Thomas Partey.

Martinez has enjoyed his time between the sticks for Arsenal ever since he replaced an injured Bern Leno.

However, Martinez may decide to seek first team assurances elsewhere since Mikel Arteta hasn’t declared who will be the no.1 goalie.

Clubs such as Aston Villa and Leeds have expressed interest as well as clubs in Spain.

Arsenal would demand £20m and upwards for the on form Argentinian shot-stopper but many fans will be left angry and disappointed if he is sold.

The most obvious and least shocking player to be sold would be Guendouzi.

His Arsenal career downfall was majorly due to indiscipline on and off the field as well as failure to comply with his coaches and directors.

Arsenal are desperate to sell Guendouzi and he has been offered as makeweight in bids for Thomas Partey and Hassem Aouar.

Atletico Madrid rejected the swap deal as they are only willing to let go of Partey once his release clause is met.

While reports in France have revealed that Guendouzi is the unnamed player that was offered to Lyon in a cash plush player deal for Aouar.

Arsenal could be tempted to cash in on Bellerin and use Maitland-Niles and Cedric as the right back options.

Juventus, PSG and now Bayer Leverkusen have registered interest in the Spanish defender. He could fetch Arsenal up to £35m.

Lacazette is set for talks about his future this week ,with interest from clubs such as Juventus and Atletico Madrid.

Arsenal have also attempted to use Lacazette in a swap deal for Thomas Partey but it was rejected.

With his contract expiring in 2022 Arsenal could decide to sacrifice him and use the cash obtained to finance their targets.