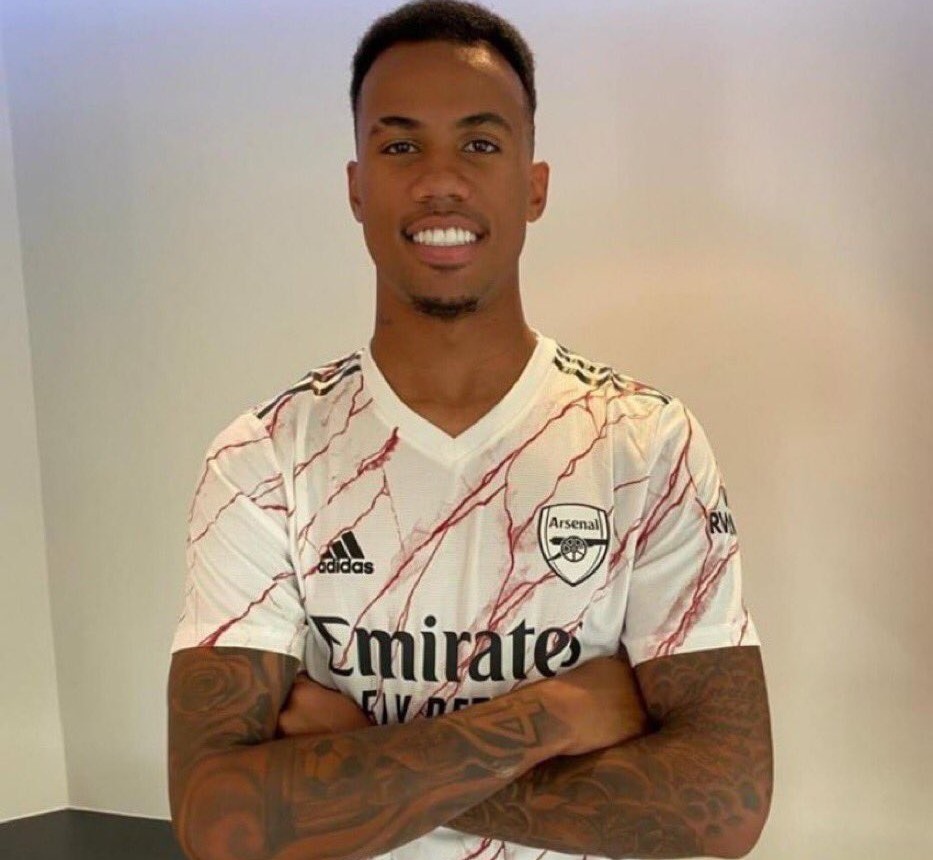 Arsenal yesterday officially announced the signing of Gabriel Magalhaes from Lille for £25m.

Gabriel will wear shirt number 6 which was previously worn by former captain Laurent Koscielny and the legendary Tony Adams.

Gabriel stands at 6″3ft which is considered ideal for a central defender, he is very strong in aerial duels something that will solve Arsenal’s troubles of conceding from aerial balls.

He completed 255 passes into the opposition’s half the highest compared to any player in the Ligue 1 last season.

Gabriel ranked 2nd in the league for forward passes (578) while his 18 blocked shots ranked him 6th.

Gabriel in an aerial duel with Willian, the two are set to linkup this season

Gabriel doesn’t dive into challenges instead he waits for the right moment to claim the ball and that is why his 11.98 ball recoveries per 90 is only bettered by 12 other Ligue 1 defenders. And at 6ft 3ins, he isn’t easily beaten in the air, evidenced by the fact he wins 64% of his aerial duels.

Gabriel fits Arteta’s criteria as a ball playing defender, he completed an average of 49.23 passes per 90 minutes in Ligue 1 last season and these are not simply safe passes as 42.8% go forward.

Gabriel’s long game is also a big weapon. He can hit crossfield balls or passes over a defence with unerring accuracy, which is why he completed 46.7% of long passes in the 19/20 season. This pretty much makes him a deep-lying playmaker which could benefit a player like Aubameyang.

In summary Gabriel’s strengths are his aerial duels, long passes, tackling and concentration. His weakness could be his lack of experience as he has only had one explosive season. He will surely get better given his young age 22.

For his age and potential it is safe to say Arsenal have gotten a bargain signing at just £25m.

An insight on Willian and what he brings to Arsenal