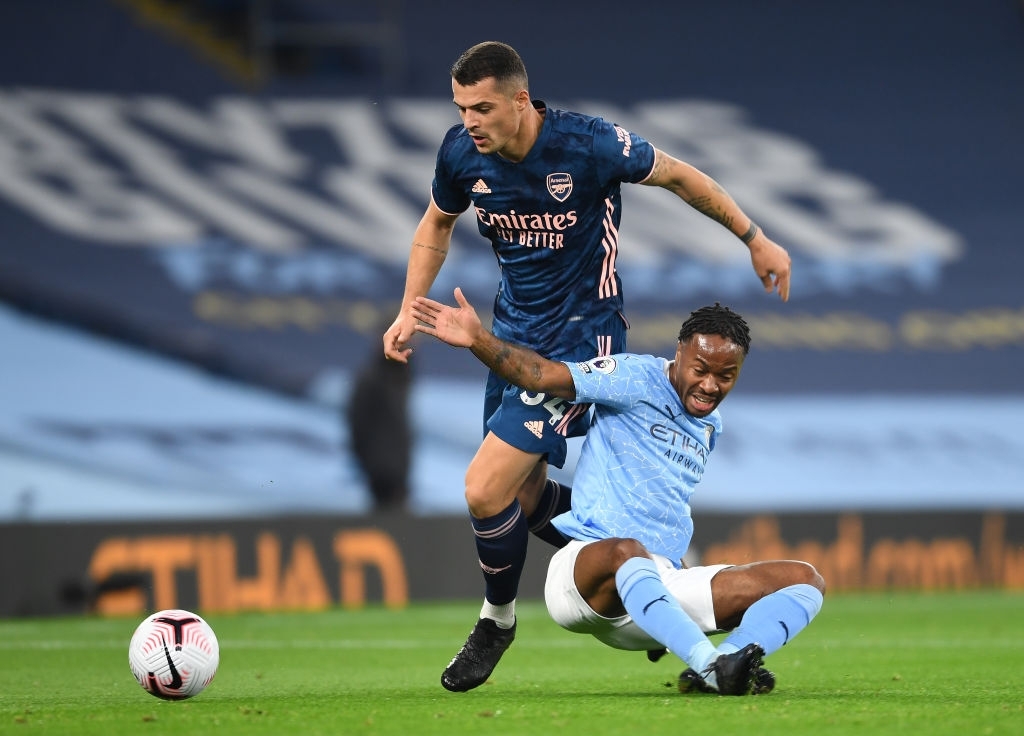 It was an unusually close affair yesterday as Arsenal lost by a solitary goal unlike the usual dominance the Manchester side have over Arsenal.

Raheem Sterling struck from a rebound in the first half to give the home side the three points against an Arsenal side that showed some resilience.

Here are some of the talking points from the match;

1. Did Arteta get his team selection and tactics wrong?

For the first time this season in the league Arsenal started with a four man defence, Holding picked up an injury in the warm-up and was replaced by Luiz shortly before the game. Arteta opted to start Nicolas Pepe as the central forward.

“It was obviously really hard to leave two strikers on the bench but it was a tactical decision.” Arteta said during the post match conference. During the course of the game Willian move into the central role but didn’t contribute much.

Arteta’s setup was quite reserved or defensive yet Man City were there for the taking, his experiments failed.

The Arsenal youngster was probably Arsenal’s best player on the pitch. By half-time he had completed more take-ons than the Manchester City side combined with three and had made the City keeper pull out an excellent save. He was Arsenal’s most dangerous attacking option, though at times he was reserved in his own half dealing with the attacks from Man City.

Aubameyang, isolated wide on the left and starved of any decent service. No outfield starter had fewer touches. The few occasions when he was able to attack central positions  saw Arsenal at their most effective, particularly the brief moments before the break where he and Saka drew saves from Ederson.

With only one goal in five game and no shot on goal against City and Liverpool something is wrong If you cannot get your best finisher in front of goal, something is not right and Arteta has to rectify this.

Arsenal’s new man started on the bench and was brought on with only eight minutes left which was questionable and worthy of criticism for Arteta. A few minutes into his he picked up a yellow card and din’t have much to offer.

Arteta could have brought him in at least fifteen minutes earlier.

There is need for a ball progresser, some who can get the ball from the midfield and take it to the opponents box and create problem. Arsenal had the talented Santi Cazorla who used to do this perfectly. Dani Ceballos does try though. Many fans are crying for Mesut Ozil but can he make any impact or would he be pedestrian just like Willian was.

Match Report: Arsenal beat Liverpool 5-4 in penalties in the Carabao Cup fourth round