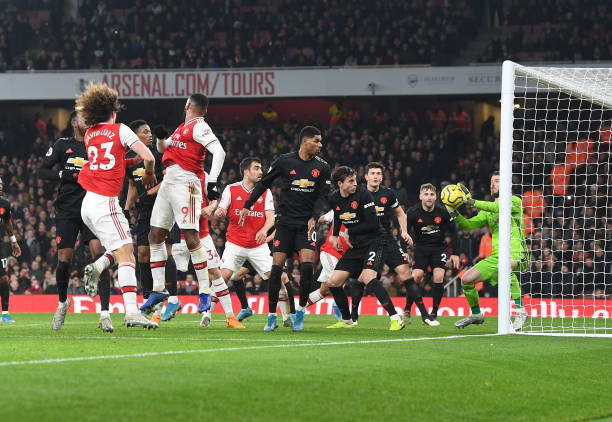 Arsenal will on Sunday evening face Manchester United in the Premier League at the Old Trafford and they will come into this game with the hope of getting a win not only to get three points but to also break the embarrassing run of having no wins over a big six side away from home in five years. Both teams haven’t had a stellar start to the season and so they would both hugely welcome a win over a big side.

Arsenal have lost their last two Premier League games against Leicester City and Manchester City and Mikel Arteta will not want to make it three games as he has started facing criticism from the supporters after their loss against The Foxes and so the Spaniard will hope that his squad gets a win over The Red Devils so that they can return to the top four.

Manchester United have a game in hand and they have two wins, one loss and a draw against Chelsea and they will also come into this game with a lot of determination to win as they have a lot of confidence after their huge UEFA Champions League wins over Paris Saint Germain and RB Leipzig. Arsenal will also come into this game after a win over Dundalk in the UEFA Europa League with a rotated squad and Arteta will hope that his rested players like Leno, Aubameyang and Partey put up a good performance against Ole Gunnar Solskjær’s Manchester United.

It is very well known that Arsenal has a poor away record against the big six sides but it is however worse when it comes to Manchester United as they last won at Old Trafford in the Premier League in 2006. Arsenal have however been successful against Manchester United at the Emirates Stadium as they have beaten them twice at home in the league in the last two campaigns.

Arsenal will be without some players such as David Luiz, Rob Holding, Pablo Mari, Gabriel Martinelli due to injuries that they sustained a while ago.

Manchester United will also be without a number of players such as Telles, Bailly and Lingard due to injuries. Martial will not be in the squad as he is still serving his suspension.