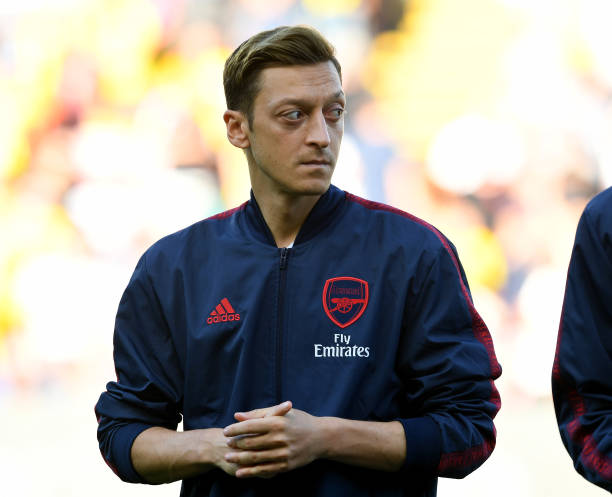 Mesut Ozil has been on the sidelines for months but it’s not been because he is injured but due to Arsenal and Mikel Arteta have stopped including him in the matchday squads for reasons that no-one knows. It was earlier reported that Arsenal had begun talks to terminate Mesut Ozil’s contract before its end but a new report has provided the truth about these rumours.

Mesut Ozil is yet to be given a chance this season and Mikel Arteta has avoided direct questions as to why he is no longer playing in the Arsenal team, and there was a report a few days ago that claimed that the North Londoners had started discussions on how they could terminate the contract of the German international before it ends next year.

The report said that the gunners would buyout Mesut Ozil’s contract so that he receives a lump sum amount so that he is removed from Arsenal’s books and becomes a free agent but a new source has provided new information about the future of the 31 year old.

A report by ESPN has however reported that their sources have told them that there hasn’t been any sort of discussions about the termination of Mesut Ozil’s contract and that the 31 year old will not consider receiving a buyout from the club as he would like to finish off the deal as per the terms that he signed in 2018.

The above report also reveals that sources close to Mesut Ozil say that the player is eager to return to the starting eleven of Mikel Arteta to participate in the competitions that he is eligible to participate in as he has already been left out of the 25 man squad of the UEFA Europa League. It will be interesting to see if Mesut Ozil will be successful in his push to regain the trust of Arteta as current signs show that he is nowhere near the first team.