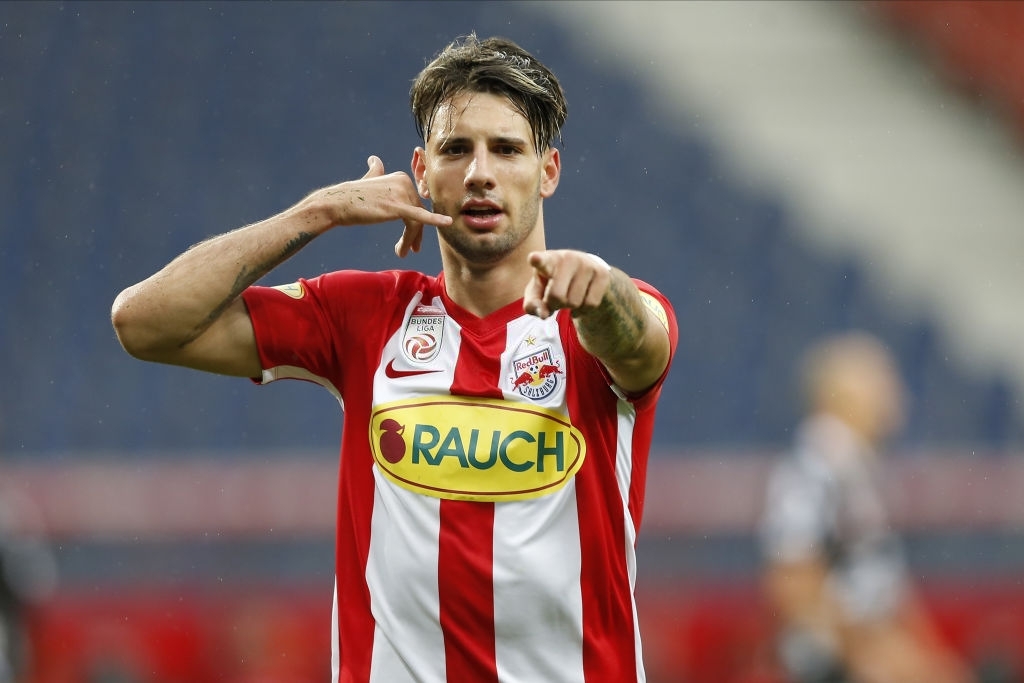 Arsenal are keeping a close eye on Red Bull Salzburg midfielder Dominik Szoboszlai with a possibility of a move in the January transfer window.

According to Italian journalist Fabrizio Romano, the Gunners have been following Szoboszlai for a while and are now considering the 20 year-old as an alternative to Lyon’s Houssem Aouar.

Arsenal failed to sign Aouar in the concluded window but have been tipped to go after him in the near future as a possible replacement for out of favour Mesut Ozil.

However, Szoboszlai could come as a cheaper alternative with his value believed to be under £30m.

Szobozlai in action for Salzburg. (Photo by Roland Krivec/DeFodi Images via Getty Images)

The Hungarian international has 5 goals and 8 assists in 11 appearances this season, for his current side Szoboszlai has scored 22 goals and registered 31 assists in 71 games.

Szoboszlai is no doubt a talented attacking midfielder that could possibly be a solution to Arsenal’s creativity issue.

The Gunners signed Thomas Partey on deadline day but have struggled in the department of creativity, as a result the attackers have been starved and under-performed