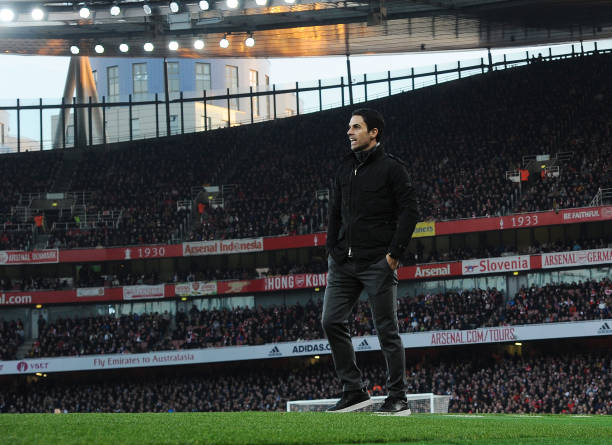 Arsenal supporters were stunned a week ago when they watched as their team got dismantled by a fluid Aston Villa side and this 3-0 loss has caused a lot of criticism for Mikel Arteta. Arsenal’s manager Mikel Arteta has however sent a message of hope to the fans that are still disappointed at the result and has revealed why he sees a great future ahead.

Arsenal have had an average start to the new season as even though they have won four games including a surprising win over Manchester United at Old Trafford, things have still not looked good for them on the Premier League table as they are currently in the 11th position since they as well have four league losses.

One of the main criticism that Mikel Arteta has received in the past few days has been on their current playing style as they seem to have regressed in attack despite having improved at the back. Mikel Arteta has however sent a message to the Arsenal fans that are still disappointed at the defeat to Aston Villa saying that everyone needs to settle down and that he feels that the future is bright despite these recent setbacks.

“We have to settle and everyone has to realise where we are now, but I see the future as really bright. I am a really positive person and I tend to learn much more when things don’t go well and we have a defeat like we had the other day that really hurt after the performance we had at Old Trafford.” Mikel Arteta told Arsenal Player.

“We have to understand why it happened, be really critical first of all with myself and try to understand the players better, and give them more solutions to win more football matches.”

Report: How Arteta will lineup with Aubameyang in new role after the international break