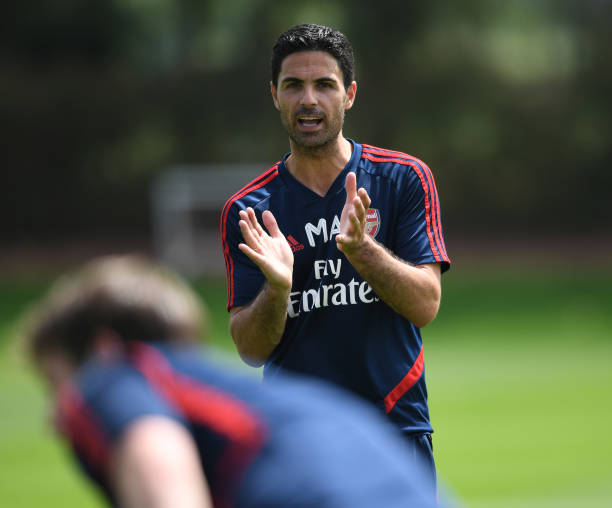 The international break will end in a few days from now and most Arsenal players will be expected to report back to the club so that preparations for the next club games can begin. Arsenal manager Mikel Arteta will hope that his team can bounce back from their defeat to Aston Villa with a win at the weekend and we take a look at how he could lineup with Aubameyang having a new role.

PREDICTED ARSENAL LINEUP THAT ARTETA WILL USE AFTER THE INTERNATIONAL BREAK

It’s believed that Arteta will ditch the three at the back system after the international break since its clear that it has affected their attacking play and so the gunners will probably use a back four which has Bellerin and Tierney as fullbacks. Holding had an embarrassing performance in the game against Villa and so could be dropped for Luiz who would then partner Gabriel.

The 4-3-3 formation requires the team to have three midfielders in the middle and since Mohamed Elneny could miss a few games due to reportedly getting COVID-19, then it’s likely that Granit Xhaka will be reintroduced and play along Dani Ceballos and Thomas Partey. Partey sustained a slight injury in the game against Aston Villa and didn’t go for international duty but it’s rumoured that he will be available for their upcoming games.

Aubameyang has played as a winger or inside forward in Arteta’s set ups this season but he has never been tried as a centre forward but it’s expected that he will soon test him out in that role as goals have dried up for the Gabon international and the supporters are demanding that he be tried in that position. So Aubameyang will start as a striker while backed by true wingers in Bukayo Saka and Nicolas Pepe.

Mohamed Elneny tests positive for Coronavirus while on international duty