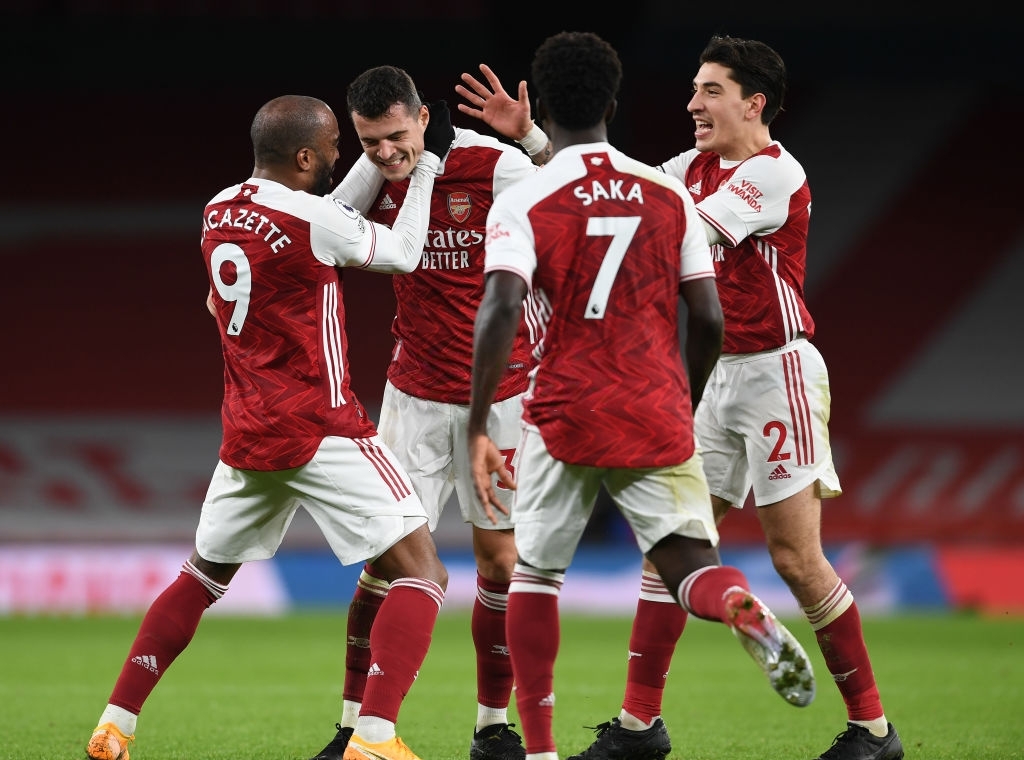 Arsenal celebrate their second goal of the match. (Photo by Stuart MacFarlane/Arsenal FC via Getty Images)

Arsenal have today finally put an end to their seven game winless run in the Premier League after a convincing 3-1 victory over rivals Chelsea.

The Gunners hadn’t won in the Premier League since 1 November against Manchester United and their last home win was against Sheffield United back in October.

Alex Lacazette gave Arsenal the lead in the first half after he coolly converted a penalty that was won by Tierney.

Arsenal made it 2-0 just before halftime when Granit Xhaka scored a stunning freekick, bent straight into the top- right corner.

In the second half the youngster’s combined to seal the victory for Arsenal, it was Saka with the goal and Smith-Rowe with the assist not to forget Gabriel Martinelli’s brilliant display.

With the game in the closing stage Arsenal lapsed a bit and unfortunately conceded a goal to Tammy Abraham and nearly conceded a second towards the end of the game had it not been for a penalty save from Bernd Leno.

The win pushes Arsenal to 14th with 17 points from 15 games.