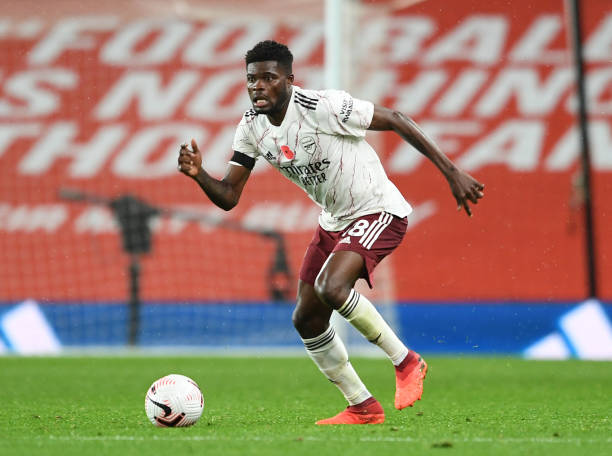 Arsenal will today face Burnley at the Emirates Stadium with the hope of getting all the three points so that they can get their season on track since their form in the Premier League has taken a nose dive in the past few weeks. Arsenal have released their latest team news ahead of the game against Burnley with updates about Partey, Luiz and Martinelli.

Arsenal completed the signing of Thomas Partey in the summer transfer window but the supporters have however not had the chance to fully watch him as he has been disturbed by injuries in his time at the Emirates Stadium. Thomas Partey was put in the Arsenal starting eleven that faced Tottenham Hotspur after returning from a minor injury and he was unable to complete the game as he got injured in the first half and the club has now confirmed that he will miss the next few games due to that thigh injury.

Arsenal young starlet Gabriel Martinelli was recently involved in an Arsenal U-21 match after many months on the sidelines and the club confirms that he recovered well from that game, and that he is in full training. David Luiz had a head collision with Wolverhampton’s Raul last week in a Premier League game and the club has confirmed that he is a doubt for today’s game because he will have to be assessed before he is cleared to play.