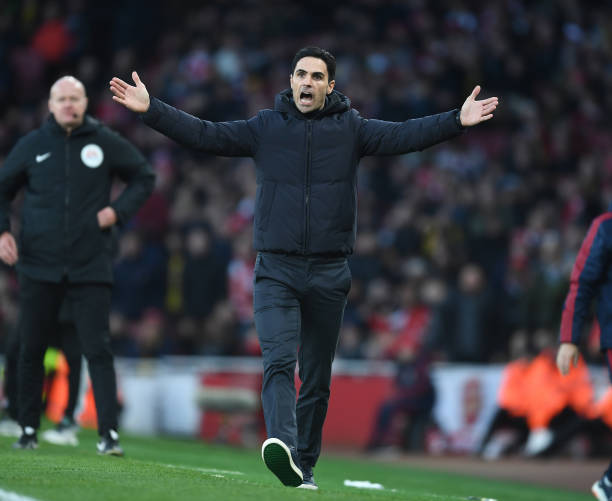 It is almost a year since Arteta took the head coach/managerial role at Arsenal FC. His stint has been a roller coaster.

Getting knocked out of the Europa League at the round of 32, overseeing Arsenal finish 8th in the League and on a brighter note winning the FA cup and Community Shield.

Going into the new season Arsenal fans had hope that this season would be special after the FA cup victory but Arsenal’s Premier League season has been a disaster so far.

At the moment Arsenal sit 15th on the table after 11 games, their worst start to a League campaign since 1981. Sunday’s defeat to rivals Tottenham meant Arsenal are 11 points away from the top, the table toppers happen to be Tottenham themselves.

The man in the limelight is Arteta, he received praise when Arsenal were picking up good results when he took over and for the FA cup and community shield victories. But now he is under scrutiny and criticism.

A section of the Arsenal fan-base are already “Arteta Out” their reason is understandable. A big club like Arsenal should not be 15th on the table at this point with 3 consecutive home defeats.

Those calling for Arteta to leave question his appointment saying a more experience manager was available but instead the club opted to appoint an inexperienced coach.

The other section say “Trust the Process” and believe in Arteta’s vision. Trusting the process means being patient with Arteta and letting him buildup his vision.

But how patient should Arsenal fans be? We can’t miss out on the Champions League again, if we continue playing like this we won’t even get Europa League qualification!

Arsenal have good players, decent players and of course a few average or inconsistent players, the squad overall isn’t bad and should be fighting for a top four spot. But are our players so bad that we are 15th after 11 games?

Arsenal players after the defeat to Wolves. (Photo by Catherine Ivill/Getty Images)

We lost to Aston Villa, Leicester and Wolves at home do these teams really have better players than Arsenal? The answer is NO.

What Arteta is failing to do is get the right system, a winning formula and stick to it. Get the players firing again.

Arteta needs to be absolutely ruthless with his players all of them. If a player isn’t giving 100% they shouldn’t be in the team.

Players like Xhaka and Mustafi should be sold off they have been big liabilities since they were bought. But Arteta wants to award Mustafi a new contract, a ruthless manager identifies liabilities in his squad and gets rid of them.

Inconsistent player need to be dropped until they realise they have to work harder to be in the team. Willian and Bellerin have been poor but they start every important game.

Aubameyang is having a dry spell infront of goal. The Arsenal captain has lost his zeal. (Photo by Marc Atkins/Getty Images)

Arteta must realise some players will never improve and should therefore be sold and replaced with newer ones though he is working with limited transfer funds.

In conclusion Arteta needs to be ruthless with his actions, decisions and players because Arsenal cannot be this bad.