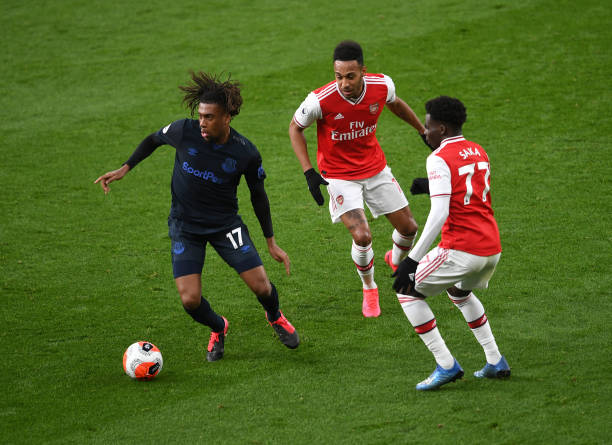 Arsenal will make a visit to Liverpool city this weekend to face Everton at Goodison Park and this will be an opportunity for Mikel Arteta and his boys to try to turn around this season that seems to be getting tougher after every weekend. Here is Arsenal’s predicted lineup to face Everton with all eyes on captain Pierre-Emerick Aubameyang and youngster Bukayo Saka.

Arsenal goalkeeper Bernd Leno will be in between the goal posts as usual today and the fans will hope that he is at his absolute best as they need the points.

Seems like Mikel Arteta has changed to a back three as seen in the game against Southampton and so Arsenal’s back three will consist of Tierney, Luiz and Holding as Gabriel Magalhaes will have to sit this one out due to suspension.

Bukayo Saka and Ainsley Maitland-Niles have been impressive as wingbacks in most times that they have played in this role. They will definitely once again start in Saturday’s game. Saka made things happen in the previous game and so all eyes will be on him to see if he will have another big impact as that.

Granit Xhaka is still serving his suspension and Thomas Partey us yet to be available for selection. Mikel Arteta will now have to opt for a midfield duo of Dani Ceballos and Mohamed Elneny.

All eyes will be on Aubameyang as the fans will hope that the goal he scored against Southampton unlocks him to his last season form. Aubameyang and Pepe on the flanks while Lacazette will be brought in to play the centre forward role.