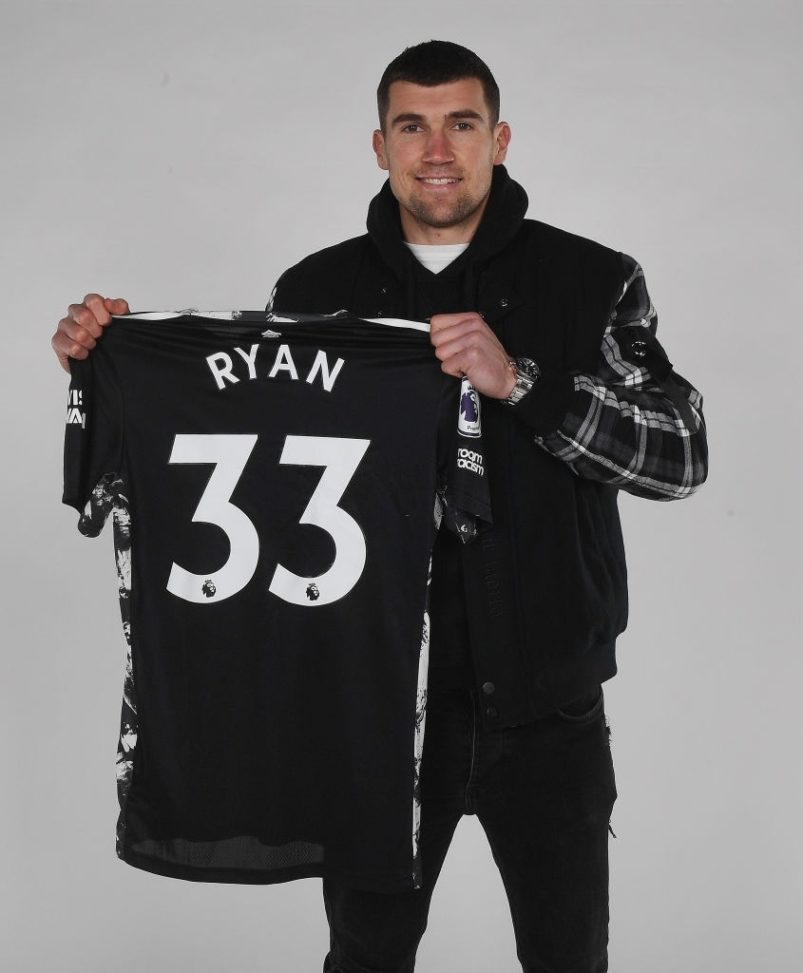 Arsenal have announced that goalkeeper Maty Ryan has joined on loan from Brighton & Hove Albion until the end of the season via their official website.

The 28 year old Australian goalkeeper has been signed to address the goalkeeping concern. Arsenal only had one reliable goalkeeper, Bernd Leno who has been playing almost all of Arsenal’s games across the various competitions.

This was a result of a lack of confidence in Alex Runnarson who was signed after the departure of Emi Martinez.

Mathew Ryan has today been unveiled as an Arsenal player. (Photo by Stuart MacFarlane/Arsenal FC via Getty Images)

Technical director Edu on the new signing: “Maty is an experienced goalkeeper, a proven talent in the Premier League and has also played many internationals for Australia. Maty will further strengthen our squad with his experience and knowledge of playing at the highest level.

“Following Matt Macey’s recent move to Hibernian, Maty will provide very good competition and positive support to all our goalkeepers and we are looking forward to him integrating quickly into the set-up here at Arsenal.”

Mikel Arteta said: “We know Maty very well through his performances with Brighton in recent seasons and he brings additional quality to our squad. Mat has very good Premier League experience and has played over 100 times in the league, which is something that will benefit us greatly on and off the pitch. We welcome Maty to Arsenal and look forward to working with him this season.”

Ryan who has made 124 appearances for Brighton will wear shirt number 33 and expressed his delight for joining the club he grew up supporting as a kid.