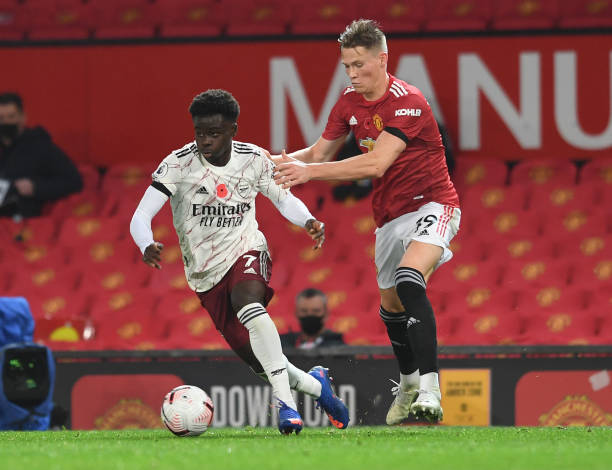 Arsenal will this weekend welcome Manchester United to the Emirates Stadium for their second encounter after the gunners defeated the Red Devils at Old Trafford to end their winless run there a few months ago. Arsenal boss Mikel Arteta will be eager to win this game as a win over title contenders will show how they could still get top four so here’s the early expected lineup.

Arsenal goalkeeper Bernd Leno will be in goal for Arsenal as he is fit enough to play and Mat Ryan was just signed as a back up for the German international.

Arsenal defender Gabriel hasn’t been up to speed after returning and so he won’t be thrown right into the team that plays against Manchester United when he wasn’t picked in the game against Southampton. So Arsenal boss Mikel Arteta is likely to use Holding and Luiz as centre backs while Hector Bellerin and Kieran Tierney as fullbacks.

Granit Xhaka and Thomas Partey has proved to be a fantastic midfield partnership for Mikel Arteta and so there won’t be any reason for him to change it in their game against Manchester United on Saturday.

Nicolas Pepe scored the equalising goal against Southampton on Tuesday and so he has definitely earned his place in the starting for the game against Manchester United as Aubameyang will likely also not be back by then. Martin Odegaard won’t start straight away and so Arsenal’s attacking midfield will consist of Pepe, Smith Rowe and Saka.

Alexandre Lacazette got a goal and an assist in the game against Southampton and so he will once again lead the line.