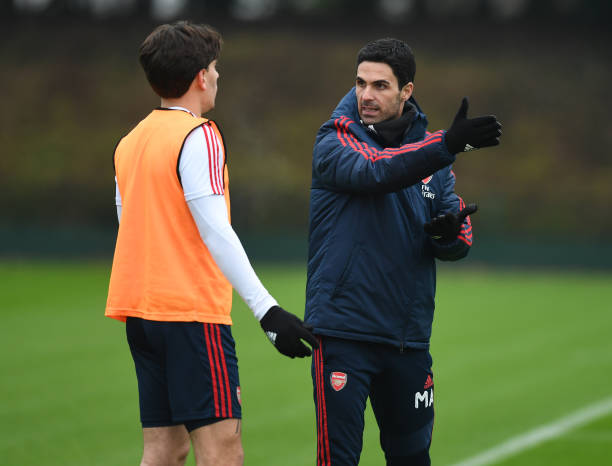 Arsenal boss Mikel Arteta has experienced mixed reactions during his 13 months as manager. Arteta Arsenal’s may have made the worst start to a Premier League campaign in over 40 years but recent form could turn their fortunes around.

The Gunners are unbeaten in the Premier League in their last six matches and have shifted into the top half of the table after being just four points away from the relegation zone some time back.

Arteta has enjoyed success and also received heavy criticism during his tenure but he has managed to solve one of Arsenal’s biggest issues and it might not be talked about enough.

Arsenal have the second best defensive record in the league this season. (Photo by Stuart MacFarlane/Arsenal FC via Getty Images)

Currently Arsenal on average have concede 1 goal per game which is the lowest in over 3 seasons.

Leno has kept 7 clean sheets and made several key saves for Arsenal. (Photo by David Price/Arsenal FC via Getty Images)

Arsenal have also conceded the fewest penalties in the League this season which is a massive improvement from previous seasons. Positive stats are also reported on the amount of shots conceded, aerial duels and tackles made.

These statistics show clearly that Arteta has solved Arsenal’s defensive woes that they’ve had for the last 3-4 seasons and he deserves credit for this.