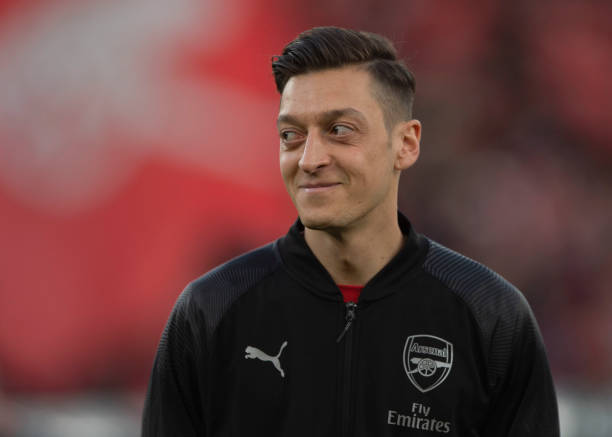 Arsenal midfielder Mesut Ozil will this month end his seven year stay at the Emirates Stadium by making a move to Turkish side Fenerbahce and it’s been widely reported and even posted on social media by the player himself that he is In Turkey ahead of this transfer. Arsenal manager Mikel Arteta has commented on Ozil’s departure from Arsenal as we await for the official announcements.

Mesut Ozil has struggled to get game time in the last three years as he has consistently been left out of the match day squads in many games and Mikel Arteta has turned out to not be the saviour of the German international as many thought he would be as he went as far as to leave him out of the Premier League and UEFA Europa League squads for the 2020/21 campaign.

Mesut Ozil still had a few months remaining on his current Arsenal contract but it looks he decided that he wanted to play, and has chosen to join Fenerbahce in this January transfer window after many weeks of being linked with a move for the 32 year old. Arsenal manager was asked about Mesut Ozil being in Turkey ahead of his move and said that the player is having his medical but admitted that they would miss him since he is a quality player.

“Well, Mesut is in Turkey and he’s going through the medical which has to be completed and there is some paperwork that has to be done.” Mikel Arteta told Arsenal Media.

“But it doesn’t matter, Mesut’s quality will be missed because he is a very special player that had a big history in this football club. And the deal, when it happens, I will give my clear opinion on that.”

Arsenal are reported to be considering to sign a new attacking midfielder in this January transfer window after the departure of Mesut Ozil as their midfield had shown signs of no creativity before the introduction of Emile Smith Rowe.