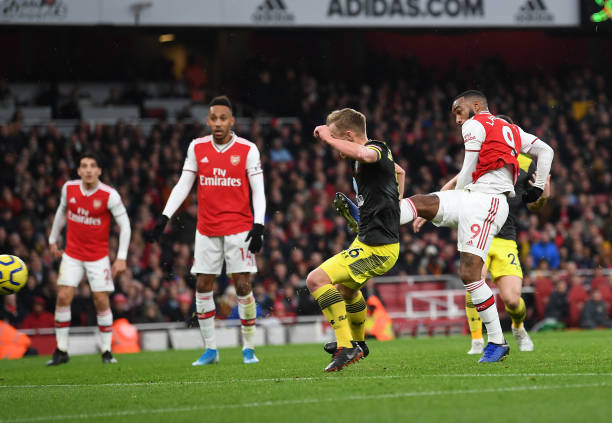 ( Arsenal Vs Southampton / Photo via Getty )

Arsenal will today face Southampton away from home just a few days after losing to them in the FA Cup fourth round and it will be an interesting encounter as the gunners will come with a full strength side after resting them at the weekend. The gunners will come into this match with the urge to get revenge on Southampton since it knocked them out of the Emirates FA Cup.

Arsenal have started to get faith that they can still get a Premier League top four finish after their recent results in the league and they will need to beat Southampton to climb higher up the table to build more confidence as they will need it in their next few months as elimination from the FA Cup means that one way of getting European football is no longer possible.

Arsenal manager Mikel Arteta showed that he believes that the Premier League should be a higher priority as he used a heavily rotated squad in the FA Cup game against Southampton while they used their first team, and the boss of the North Londoners will hope that his decision to do so doesn’t backfire by making him lose twice to the Saints in a few days. Southampton have always been a tough team to beat at Saint Mary’s Stadium but they will still be confident of a win as the Saints have only beaten the North Londoners once in the last 10 Premier League games.

Arsenal’s first match against Southampton in the Premier League ended in 1-1 draw with the gunners coming from behind to collect a point in the dark times that almost saw Mikel Arteta get sacked but he has rose from that moment to give more hope to the supporters that they can still have a successful season. Southampton are just two points ahead of Arsenal in the 10th position with a game in hand.

It is believed that Aubameyang might not be available for the game against Southampton due to a personal matter as per Arteta. Pablo Mari will miss the game due to an injury while Dani Ceballos is a doubt for the game.

Southampton’s Bertrand will not take part in the game due to a suspension while Walker-Peters got injured while training ahead of the game.