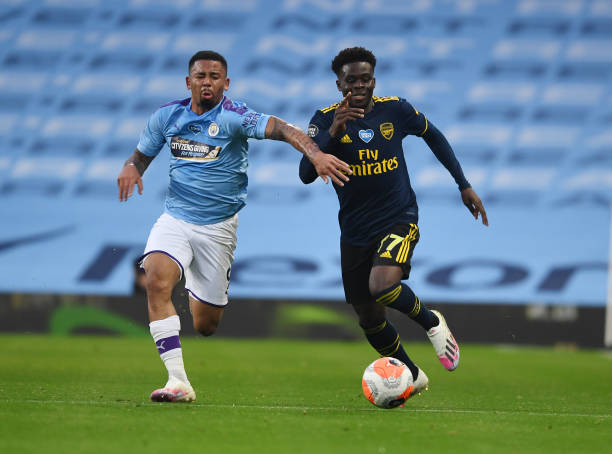 Arsenal will take on high flying Manchester City today at 16:30 GMT and will be looking to get back-to-back Premier League wins.

City are on a Premier League winning streak of 12 matches and Arsenal will face an uphill task to put a stop to their run.

The Gunners haven’t won against Man City in the League since 2015 and have constantly been losing to them in the League. The Previous encounter ended 4-1 in favour of Man City in the Carabao Cup. Earlier in the season at the Etihad stadium it ended in a 1-0 win for City.

Arsenal will be without Thomas Partey as he remains sidelined with a thigh problem. He could be available for Thursday’s return leg against Benfica. otherwise Arsenal have no other injury concerns.

Arsenal will be without Thomas Partey. (Photo by Stuart MacFarlane/Arsenal FC via Getty Images)

With Thursday’s crucial Europa League match in mind. Arteta may opt to rest his main players so that they’re fired up for the Benfica game which is locked at 1-1.

Arteta could also name a strong team and attempt to get a result that could push the Gunners up the table.