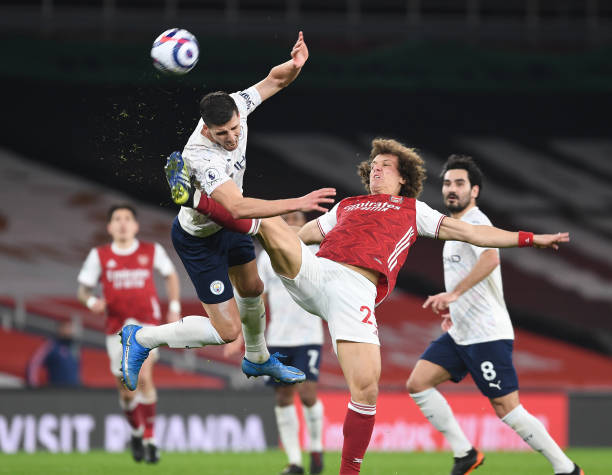 The Premier League returned today for Arsenal fans after their draw in Europe on Thursday and they this time welcomed Manchester City to the Emirates Stadium with the hope of beating them to climb higher up the table but the visitors beat them 1-0 thanks to a goal from Sterling. This loss doesn’t come as a big surprise to many as Arsenal have been poor against The Citizens in the league since Pep Guardiola became their boss.

The gunners were stunned in the opening minutes after Raheem Sterling scored a goal in just 77 seconds of the game and this had the home team confused a bit, as they immediately made some mistakes which gave more chances for Manchester City, and they almost  doubled their lead.

Manchester City had dominance in the first half and got some other chances but none of them produced a shot in target as the focus of the Arsenal players had improved since they conceded. The gunners also weren’t that great in attack as City stopped many attacks but Arteta’s men managed to trouble them in the last 15 minutes of the first half when Saka dropped back to midfield and kept feeding Tierney balls to cross but they however still didn’t get a goal through this. The first half ended 1-0 in favour of the visitors.

Manchester City as in the first half started the second half well as Kevin De Bruyne even came close to doubling their lead through a lofted shot but it however went wide hence the North Londoners staying in the game. The gunners then later took control of possession but they never looked like they would score while Manchester City failed to break down the defence of the gunners to get a second despite some interesting build up plays.

It ended in a defeat for Mikel Arteta and his boys but it’s the type of game he  will feel that his defence did their best only to be let down by their attacking force.

Olympiacos 1-3 Arsenal: All you need to know