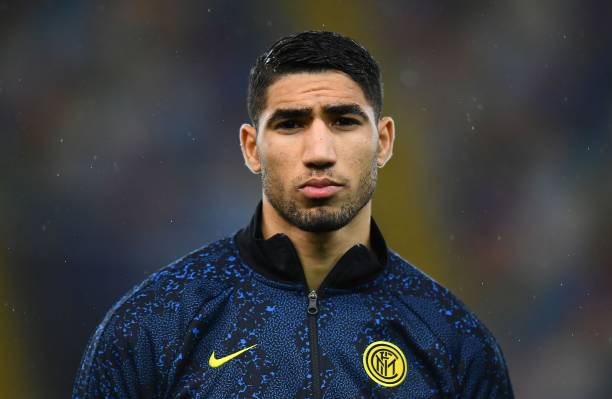 Arsenal right back Hector Bellerin will leave the club in this upcoming summer transfer window as he has been linked with many clubs notably Paris Saint Germain and the gunners have reportedly identified Inter Milan’s Achraf Hakimi as the perfect candidate for the job. Achraf Hakimi has for the first time commented on his future after Arsenal’s interest.

Hector Bellerin has struggled for game time in the last few months because Mikel Arteta has lost faith in him and the good performances by Cedric Soares and Calum Chambers seem to have made the club to sell the Spanish right back so that they can try to bring in a new better fullback to improve their back line.

Achraf Hakimi joined Inter Milan in the 2020 summer transfer window and he has generally been impressive as he has scored six goals as well as making five assists. Hakimi has been linked with a move to Arsenal in recent weeks since Inter Milan might have money problems as per reports but the Morrocan international has confirmed that he is happy at the Italian club.

“The team that attracted me the most was Inter and I saw it as a growth project.” Hakimi told  Repubblica.

“I am honoured to be one of the testimonials for the new club logo. I like it, as it looks to the future, a future we can build together. I hope to stay at this club for a long time, I’m very happy.”

It will be interesting to see if Arsenal will still try to approach Hakimi for a possible move as they will definitely need a new right back in the summer when Hector Bellerin moves in the summer.