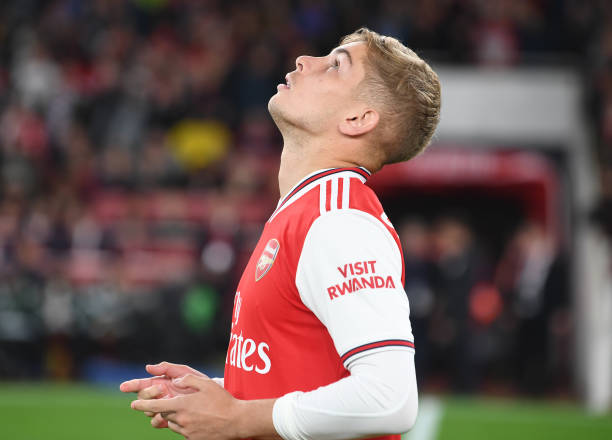 Arsenal youngster Emile Smith Rowe has established himself as one of the most important players in Mikel Arteta’s squad this season as he has been impressive in most of the games that he has played in since he became a regular starter.

There has been reports linking Emile Smith Rowe with either a loan or permanent move from Arsenal in the past few months but it’s now claimed that the gunners have made a decision on his future. Emile Smith Rowe was given his first start in the Premier League this season in a game against Chelsea while the stakes were high as Mikel Arteta was under pressure to keep his job after a poor run of games and the young midfielder proved to be the remaining piece to how the Spanish coach wanted to play as he did well in the no. 10 role in a 4-2-1 formation which made Arteta to continue using it up to now.

Arsenal supporters will not want their club to make another mistake like they did with Serge Gnabry who left them and went on to become a star and it looks like they might not have to worry anymore as a report by The Athletic has confirmed that the gunners have begun negotiations with Emile Smith Rowe on a new contract since he will soon enter the final two years of his current deal at the Emirates Stadium.

The gunners will be confident that Emile Smith Rowe will accept the new deal from Arsenal since he is from the academy and he has often talked about how he wants to be successful at the North London club.