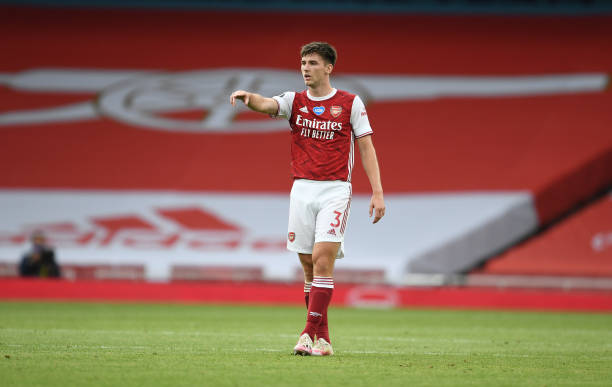 Arsenal will be without Kieran Tierney for their upcoming matches against Slavia Praha in the Europa League quarterfinals.

Tierney limped off on Saturday night against Liverpool in severe pain with a knee injury and will go through a scan in the next 24 hours according to Mail Sport to determine the exact extent of the injury.

But it appears likely he will be out for multiple weeks once again. The Scotsman has been a vital player for Arsenal he, however, has struggled with injuries since he’s arrival in 2019.

It’s a big blow for Arsenal because Tierney is the only recognized left-back at the club after Sead Kolasinac was sent out on loan.

The likes of Cedric Soares and Calum Chambers will be drafted into the left-back position and won’t be effective like Tierney especially because they aren’t naturally left footed.