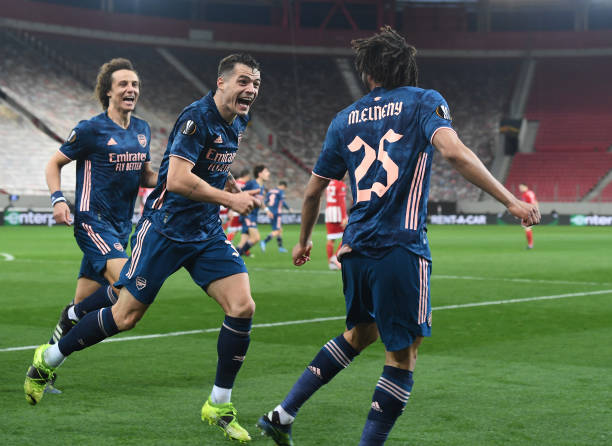 Arsenal will seek to bounce back after losing 3-0 to Liverpool over the weekend when they host Slavia Prague on Thursday night at 8PM UK time.

Arsenal will first play against the Czech League leaders at the Emirates stadium before traveling to the Czech republic next week.

Last time out, the Gunners lost at home to Olympiacos 1-0 and have endured narrow victories on aggregate, 4-3 against Benfica and 3-2 against Olympiacos.

This time there’s no room for error because Slavia are not to be underestimated or at least not on the football pitch.

They have eliminated two British teams on their route to the quarterfinals. First they knocked out Leicester City 2-0 on aggregate, Leicester are currently fourteen points ahead of Arsenal, then they defeated Rangers 3-1 on aggregate.

Arsenal will be without Kieran Tierney for 4-6 weeks after he picked up a knee injury against Liverpool as well as David Luiz who had to undergo surgery on his knee.

Bukayo Saka, Smith-Rowe and Granit Xhaka all participated in training and could return to bolster the team if they pass the late fitness tests.

Here is the starting XI we think Arteta will field on Thursday.

The Czech republic champions are unbeaten in their last 21 games and their last defeat was in December 2020. This will be a tough test for Arsenal as they’ll have to win the game and stop the visitors from scoring an away goal if they are to progress to the next round.