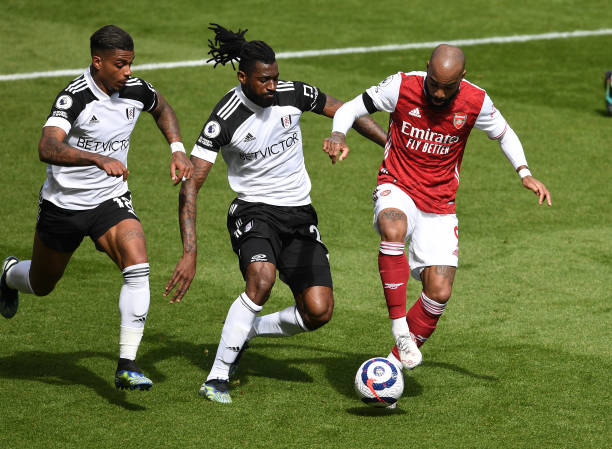 Lacazette during Arsenal's match against Fulham.(Photo by Stuart MacFarlane/Arsenal FC via Getty Images)

Arsenal’s strikers Pierre-Emerick Aubameyang and Alexandre Lacazette have both been ruled out of Friday night’s game against Everton.

Club captain Aubameyang is set to resume with light training this week and could be back for next Thursday’s Europa League match against Villarreal, he has recovered from Malaria that had kept him out.

While Lacazette’s return date remains unknown he could be out for several weeks with a hamstring injury he got during the 1-1 draw with Fulham.

David Luiz and Kieran Tierney both with knee injuries remain ruled out but are expected to be back in the two and three weeks respectively.

Loanee from Real Madrid Martin Odegaard could be available for the Everton game if he manages to pass a fitness assessment before the game.