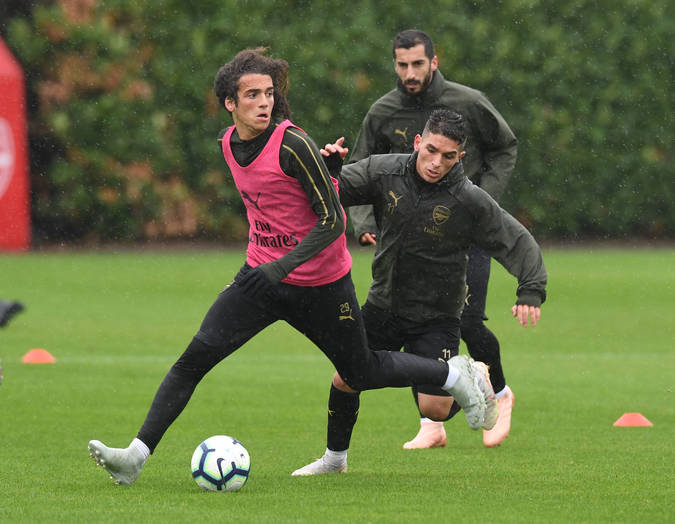 Arsenal completed the signing of Matteo Guendouzi and Lucas Torreira in the 2018 summer transfer window and both of them had a wonderful start to life in England as they played many games in Unai Emery’s 22 game unbeaten run. Matteo Guendouzi and Lucas Torreira have however found themselves on loan this season and it’s now claimed that Mikel Arteta has made decisions on their future.

Lucas Torreira’s form at Arsenal ended after the first half of the 2018/19 season and the then gunners boss Unai Emery decided to try him in a new position which didn’t work out well as the Uruguayan international stressed to the media that he wasn’t happy with that decision. The gunners loaned him to Atletico Madrid for this season and he has not impressed there as he is usually on the bench. Matteo Guendouzi was on the other hand loaned to German side Hertha Berlin.

The Athletic journalist David Ornstein who is well known for having insider information about Arsenal has revealed that Mikel Arteta have made a decision on the future of Lucas Torreira and Matteo Guendouzi as he says that the two midfielders are currently considered surplus to requirements and so that they are likely to be sold in this upcoming summer transfer window.

It probably might not come as a big surprise that Matteo Guendouzi is sold in the summer as he has shown to have attitude issues as seen last season when he reportedly refused to apologise for his antics in the loss of the North Londoners to Brighton & Hove Albion hence Mikel Arteta banishing him from the matchday squads along Mesut Ozil. Lucas Torreira has already revealed to the press that he would like to leave Arsenal and go back to South America.