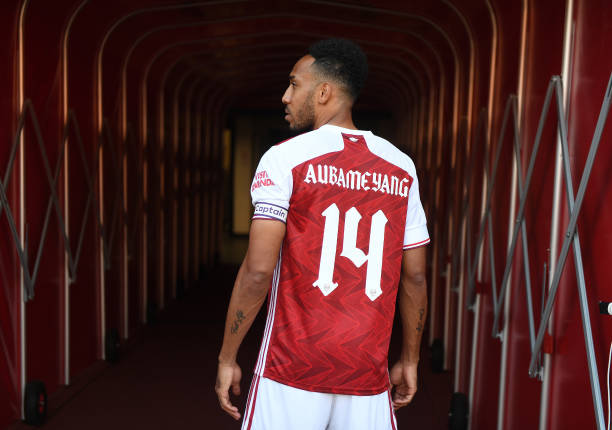 The international break is over and Arsenal will host Liverpool at the Emirates Stadium today with the aim of beating them so that they could get closer to the Premier League top six. Arsenal boss Mikel Arteta will have to choose the right squad to beat The Champions and we take a look at their predicted lineup with all eyes on Aubameyang and Odegaard.

Bernd Leno is Arsenal’s first choice goalkeeper and so he will be in goal for them in today’s game against Liverpool.

The latest team news from the club have confirmed that David Luiz will not take part in today’s game due to an injury and so Mikel Arteta will have to select a new right footed centre back to use. Arteta will probably go with the centre back duo of Gabriel and Holding while Tierney and Bellerin start on the fullbacks.

Granit Xhaka is a doubt for the game against The Reds as he got sick in preparations of this game and so Mikel Arteta will likely give a chance to the duo of Dani Ceballos and Thomas Partey.

Bukayo Saka did not play for his country in the international break and he is still a doubt for today’s game and so Emile Smith Rowe might come in for him. Arsenal’s attacking midfield might consist of Emile Smith Rowe, Odegaard and Pepe.

Arsenal will need the pace of Pierre-Emerick Aubameyang if they are to try and sit back in their game against Liverpool and so he will definitely lead their attacking line.

Report: Bukayo Saka requests for transfer away from Arsenal